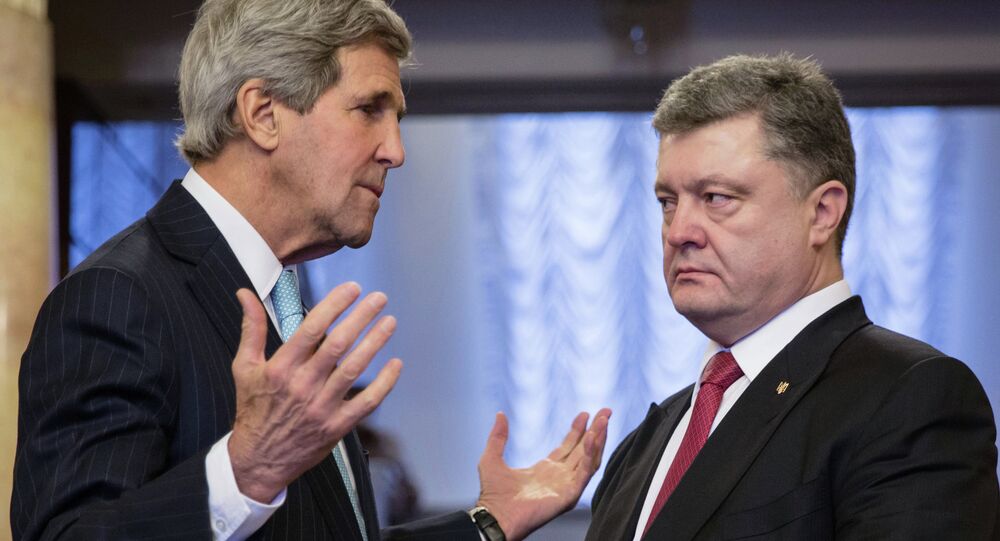 A former NATO intelligence analyst has said that the crisis in Ukraine stems from as far back as 30 years when the United States "deliberately sabotaged" relations between Europe and Russia.

The current crisis in Ukraine stems from as far back as 1986, when the United States saw an opportunity to model itself as the new single world superpower at the close of the Cold War and saw friendly Russian overtures to Western Europe as a threat.

Lieutenant Commander (Retd.) Martin Packard, a former NATO intelligence analyst said: "The real ending of the Cold War was in 1986, when the USSR's leadership resolved on a five-year programme to move to a parliamentary democracy and market economy. The intention in Moscow was to use that period to achieve a progressive convergence with the EU."

Packard was writing in response to the publication of a new book, 'Frontline Ukraine: Crisis in the Borderlands' by Richard Sakwa, in which the author argues that Mikhail Gorbachev saw the end of the Cold War as a shared victory which might lead to the building of a "common European home".

However, Sakwa says the US promulgated the idea within Europe that Russia was a defeated nation that could be left isolated from Europe and the rest of the world if it did not accept the US as the single world superpower. He says it was the eastward expansion of NATO that lies at the root of the current crisis in Ukraine.

Historically, NATO — heavily backed by the United States — has sought to spread its influence further eastward, despite an agreement after the reunification of Germany, that it would not encroach on the former Warsaw Pact nations. At the time, former Russian President Mikhail Gorbachev was assured by (then) US Secretary of State James Baker there would be "no extension of NATO's jurisdiction one inch to the east".

Lieutenant Commander Packard, in a letter to The Guardian newspaper, said the failure to allow a Russian-European convergence in the late 1980s and the spread of NATO are at the centre of the crisis in Ukraine.

"There could have been huge benefits to Europe in such convergence, but the process was deliberately sabotaged by US intelligence agencies, working from the hypothesis that a tie-up between the EU and a democratic Russia would pose a major threat to American long-term economic interests.

"The chaos that we now have, and the distrust of America which motivates Russian policy, stems primarily from decisions taken in Washington 30 years ago."