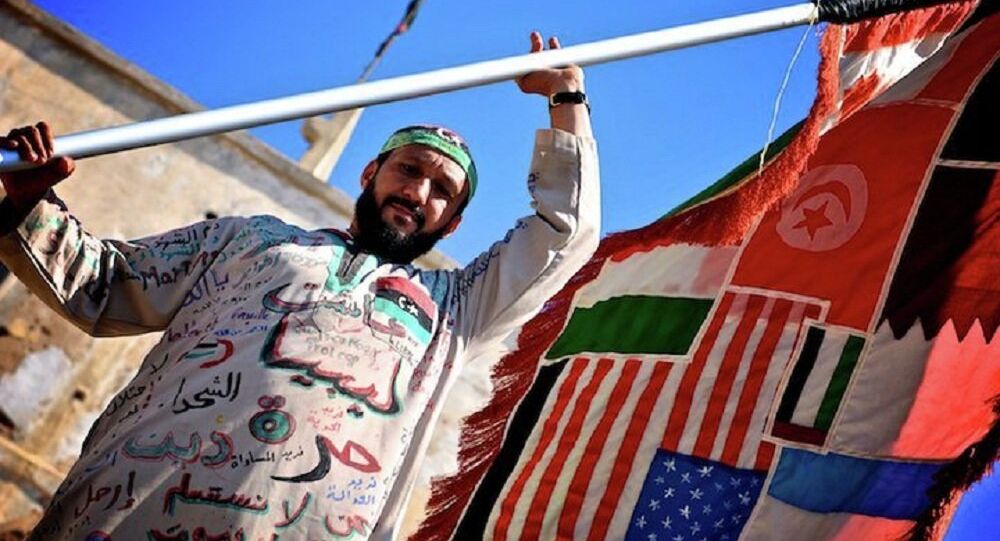 US President Barack Obama extended for one year an executive order he originally issued in 2011, which imposed financial sanctions on the Libyan regime.

WASHINGTON (Sputnik) – US President Barack Obama has extended the national emergency declared for Libya for one year in order to prevent former officials for the Muammar Qadhafi regime from diverting assets, the White House said in a statement Monday.

© AP Photo / Mohammed Elsheiky
Extremists Terrorizing Civilians in Eastern Libya: Human Rights Watch
“The situation in Libya continues to pose an unusual and extraordinary threat to the national security and foreign policy of the United States, and we need to protect against the diversion of assets or other abuse by certain members of Qadhafi’s family and other former regime officials,” the statement said.

Obama’s declaration extends for one year an executive order he originally issued in 2011, which imposed financial sanctions on the Libyan regime. The 2011 order Obama said rights violations by the Libyan regime, the threat that regime officials would misappropriate assets, and refugee flights from Libya all posed a national emergency for the United States.

Qadhafi’s regime was toppled following in 2011 a NATO intervention. Much of the country has descended into chaos since then, with Islamic State-affiliated militants conducting mass beheadings of Christians earlier this month.