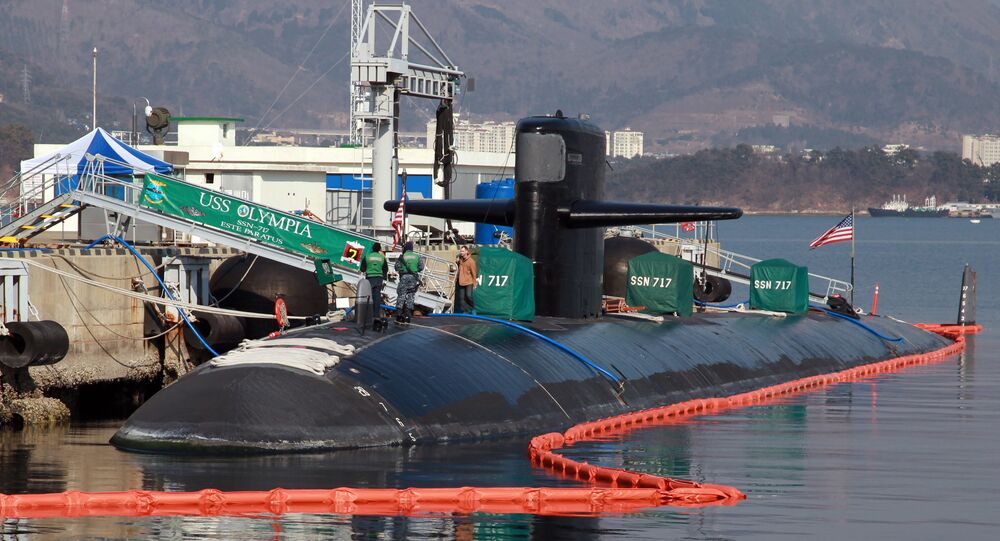 © Flickr / U.S. Pacific Fleet
US, South Korea Begin Joint Naval Drill Despite Tensions on Korean Peninsula
TOKYO, (Sputnik) – About 200 South Korean troops along some 20 US personnel stationed at Okinawa in Japan took part in the exercise. The drills took place near Ganghwa Island in the Yellow Sea, close to the North Korean coast.

During the exercise, the troops infiltrated the territory of the simulated enemy, attacked the designated targets and escaped from the site.

The Tuesday drills are part of the regular exercise Korea Marine Exercise Program, aimed at enhancing combat readiness and coordinated work of the troops of the two countries. However, never before have the exercises been held in such close proximity to North Korea.

© AP Photo / Northrop Grumman via U.S. Navy, Erik Hildebrandt
US to Begin Delivering Global Hawks to Republic of Korea in 2018

On February 5, a joint three-day South Korean-US exercise began in the Sea of Japan, with the participation of a US nuclear-powered submarine.

In March, the marine troops of South Korea and the United States are expected to conduct the annual landing drill in the South Korean port city of Pohang. About 1,000 US and 3,000 South Korean troops will participate in the exercise.

In January, Pyongyang said it would suspend nuclear tests in case the United State cancelled its annual drills with the South. Washington dismissed the move, saying the Communist country keeps offering "false choices" instead of making real steps toward improving its relations with Seoul and the West.