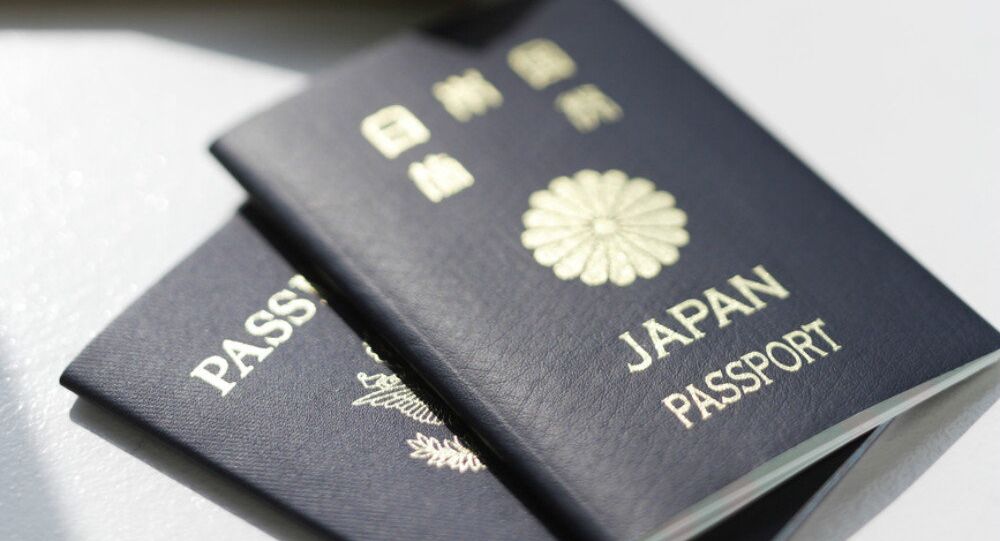 © AFP 2021 / KAZUHIRO NOGI
Most Japanese Support Non-Military Assistance in Fight Against IS
TOKYO, (Sputnik) — Tokyo seized the passport of a Japanese photographer planning to travel to Syria following the beheading of two of the country’s nationals by Islamic State (IS) militant group in January, The Asahi Shimnun reported Sunday.

"Tonight [Saturday], an official with the Foreign Ministry's Passport Division came and took my passport," freelance photographer Yuichi Suigimoto was quoted as saying by the Japanese newspaper.

According to the newspaper, the foreign ministry said they and the National Police Agency “strongly tried to dissuade” Suigimoto from going to Syria but he would not yield.

The ministry then ordered him to surrender his passport in line with the Japanese law stating that it was permitted to do so "in cases where there is a need to cancel a trip abroad in order to protect the life, body and assets of the passport holder."

Suigimoto, 58, who was planning to travel to Syria on February 27, slammed the government for restricting where reporting could be done.

© AP Photo
Brother of Beheaded Japanese Hostage Calls for End to Cycle of Violence
"Isn't this a serious limitation of the freedom of speech, the freedom of expression, journalism, the freedom of movement," the photographer said on local TV.

IS militants beheaded entrepreneur Haruna Yukawa and freelance journalist Kenji Goto, in retaliation for Japan’s $200 million pledge in humanitarian aid for IS-affected countries, viewed as an act of war by the extremist group.

The executions came as a shock to Japan, which does not participate in military operations against IS. According to Japanese law, the country is constitutionally banned from engaging in military combat overseas.

Meanwhile, the US-led coalition of over 60 countries continues to perform airstrikes on IS targets in Syria and Iraq. The extremist group controls large swathes of territory in both countries and has declared a caliphate in the areas it controls.