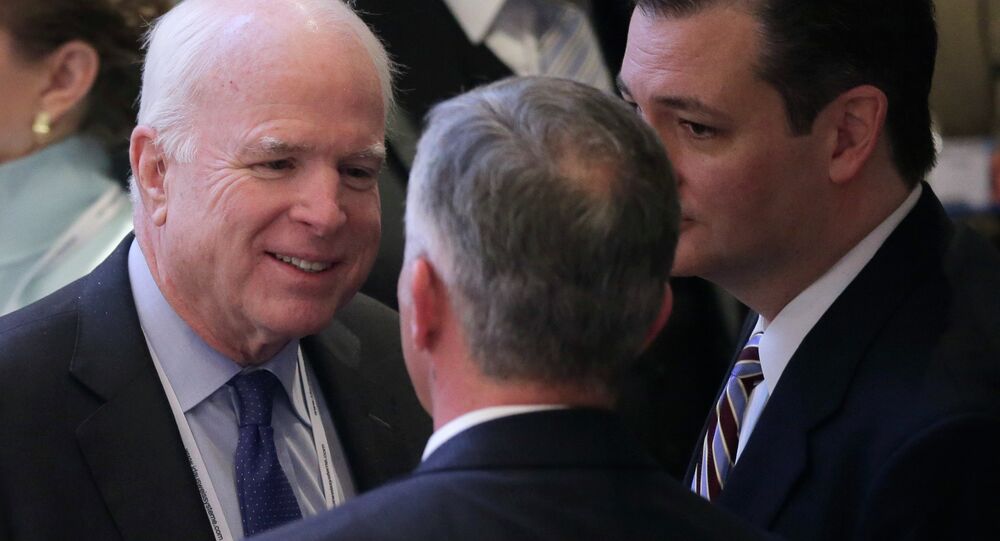 The US senator John McCain has accused German Chancellor Merkel of indifference towards the struggling Ukrainian citizens in the southeast of the country and criticized her for not providing the country with lethal weapons.

The US Republican Senator John McCain has criticized German Chancellor Angela Merkel for not yielding to supplying arms to Ukraine.

The politician accused her of indifference towards the Ukrainian people suffering the consequences of a conflict in the southeast of the country.

"One might think that she does not know or does not care that people are being slaughtered in Ukraine," the German media quotes McCain as saying.

© AP Photo / Sergei Chuzavkov
McCain to Sputnik: Ukraine's Use of Cluster Bombs Is US' Fault
The Senator’s words, coming ahead of Merkel’s visit to Washington on February 9, caused heavy criticism back in Germany.

On Thursday McCain, who is now attending the Security Conference in Munich, led about a dozen Republican and Democratic senators back in the US pressing President Obama to send arms to help Kiev defend itself against what he described as a Russian-backed separatist movement.

On Friday night Germany directly rebuffed the US over its appeal.

German ministers said that allowing US arms to be used in Ukraine would "pour oil onto the flames."