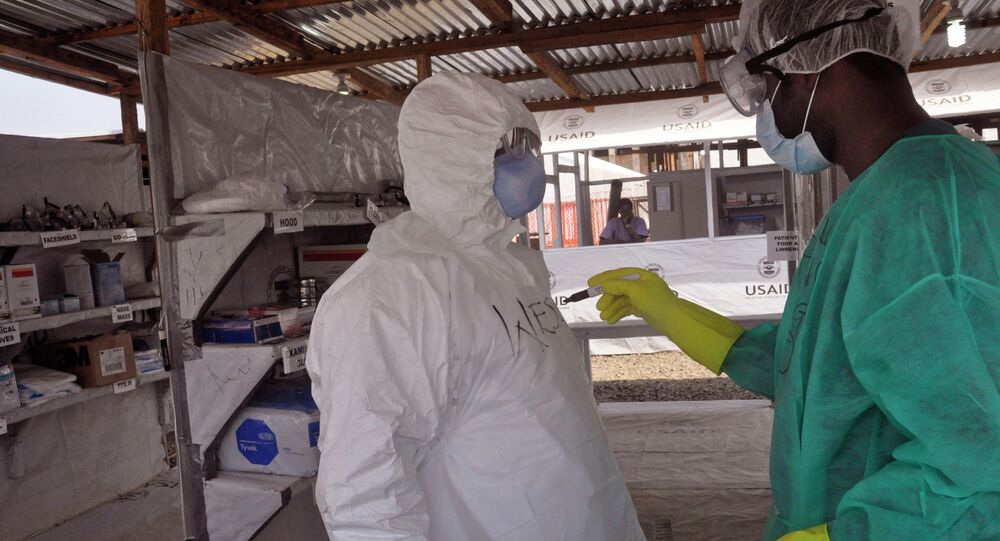 After several weeks of decline across West Africa, the number of Ebola cases reported in Guinea, Liberia and Sierra Leone has gone up for the first time in 2015.

According to the World Health Organization (WHO), 124 new cases were confirmed across the three hard-hit countries in the last week of January.

Guinea saw 39 new cases, up from 30 a week earlier, with at least 11 new cases attributed to a single unsafe burial. Nearly one third of these cases are associated with reports of security breach or with refusal to cooperate with health workers.

Meanwhile, Liberia recorded five new cases, up from four the week before, and Sierra Leone confirmed 80 new cases as opposed to 65 a week earlier.

"Continued community resistance, increasing geographical spread in Guinea and widespread transmission in Sierra Leone, and a rise in incidence show that the (Ebola) response still faces significant challenges," the WHO said. 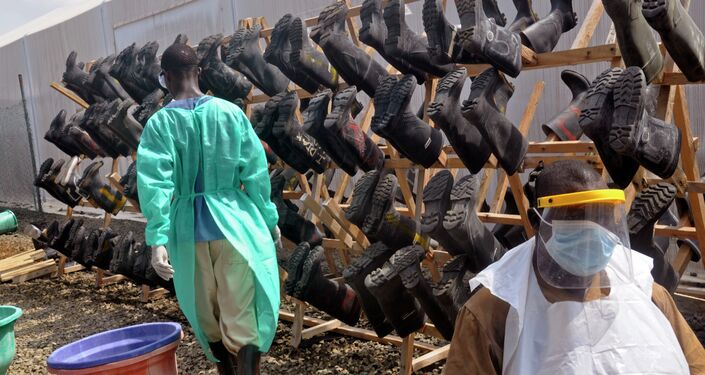 © AP Photo / Abbas Dulleh
Health care workers walk past boots that were washed to prevent the spread of the Ebola virus inside a USAID, funded Ebola clinic in Monrovia, Liberia, Friday, Jan. 30, 2015. The World Health Organization says officials are now focused on ending the biggest-ever Ebola outbreak rather than just slowing the virus’ spread.

The UN agency attributed the Ebola comeback to unsafe local practices and aid workers not following protocol, especially in Guinea.

"An unsafe burial that took place in early January in the (Guinean) eastern prefecture of Lola, on the border with Côte d’Ivoire, has so far resulted in an outbreak of 11 confirmed cases," the UN agency said. Investigators had been initially rebuffed by the local population, it added.

Many have caught the deadly disease by coming in contact with highly contagious bodies of dead loved ones.

The WHO and officials from Guinea, Mali and Senegal have put together an action plan to strengthen disease surveillance across the region.

To date, 8,981 people have died of Ebola out of 22,495 who have contracted the hemorrhagic disease across nine countries. All but 15 of the deaths have occurred in Guinea, Liberia and Sierra Leone.