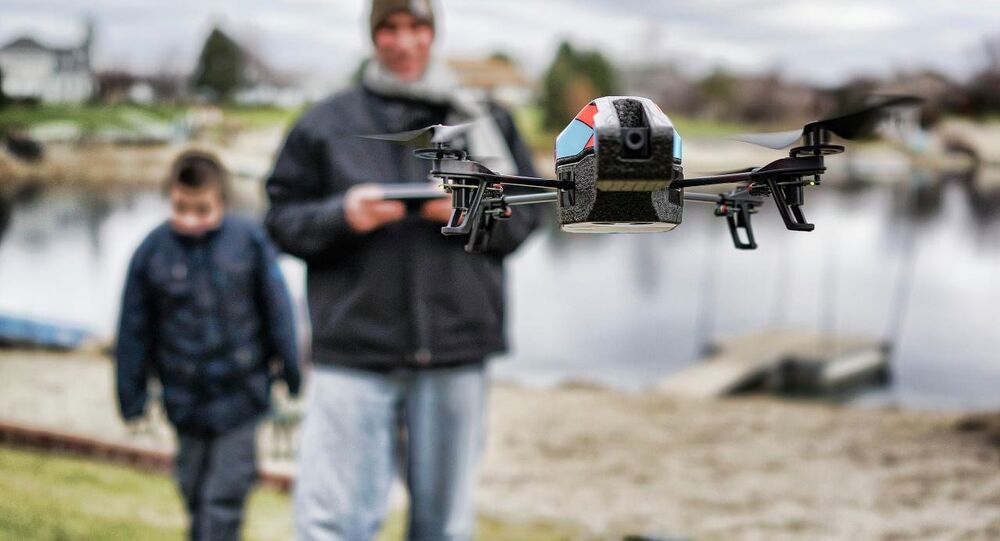 A new poll shows surprising opinions about the domestic use of small drones. Who should be allowed to fly them, where, and for what purpose? According to the results, Americans may be more trusting of law enforcement than their own neighbors.

Last week, a drunken government employee accidentally crash landed a small drone onto the White House lawn. By all accounts, the incident turned out to be mostly harmless, despite forcing the Secret Service to confront yet another embarrassment.

But for many, the incident highlights a crucial problem with recreational drone use: the scaling of the great, American fence. The White House, like so many of our suburban homes, was protected by a fence, but if we can no longer trust a fence to separate us from that annoying neighbor who always grills sausages in his boxer shorts, then what can we trust?

According to a Reuters/Ipsos poll, 64% of respondents said they would not want their neighbor to own a drone, lest they be used to spy across property lines with onboard cameras.

“Once upon a time, you had the rights to your property under the soil and to the sky,” Ryan Calo, a University of Washington law professor told the Atlantic in 2012. “It went by the colorful, Latin label “ad coelum et ad inferos” – to the heavens and hell.”

© Flickr / Lee
“Once upon a time, you had the rights to your property under the soil and to the sky."

While this original definition was never actual legislation, and still has to account for commercial airlines, many modern Americans might agree with that definition of property. 71% of respondents said drones should not be allowed to fly over someone else’s property.

In fact, 42% of respondents said that private drone ownership should be outlawed altogether.

“In regular peoples’ hands, it’s easy for them to get misused,” said 58-year-old Sandy Gifford, one of those polled.

But perhaps most surprising is that despite a recent wave of public outrage over police misconduct and abuse of power, that 68% of respondents support the use of drones by law enforcement to solve crimes.

Sending police drones after targeted suspects may seem, to some, like standard police. Simply a more futuristic, technologically savvy version of what law enforcement does every day. But 62% also support police use of drones in deterring crime. While the poll doesn’t specify what that would entail, crime deterrence would, presumably, involve patrolling neighborhoods at high-altitudes, potentially violating the same privacy concerns that respondents find so troubling in civilian hands.

“Where there’s suspicious activity, it would help the police,” said Phillip Gimino, 75. “But it should be limited.” Gimino opposes gun control laws, though he believes private drone ownership should be banned for the time being.

The poll also shows Americans split on other drone issues. 46% do not want news organizations to use drones to gather footage, and 49% think parents should be able to use drones to monitor their children.

But either way, a full 73% agree that there need to be some regulations.

The US Federal Aviation Administration has drafted a new set of rules regarding drone regulation that is currently under review by the White House. It won’t come into effect for years, but the rules would apply to commercial use, like photography, crop inspection, and surveying.

The new rules would not apply to hobbyist groups, which have been cleared for recreational use since a Congressional ruling in 2012. No word yet on what the FAA rules could mean for the neighbor-kid who just got that quadcopter for Christmas. No word yet on how the rules will apply to drunk pilots who can’t tell the White House from open sky.