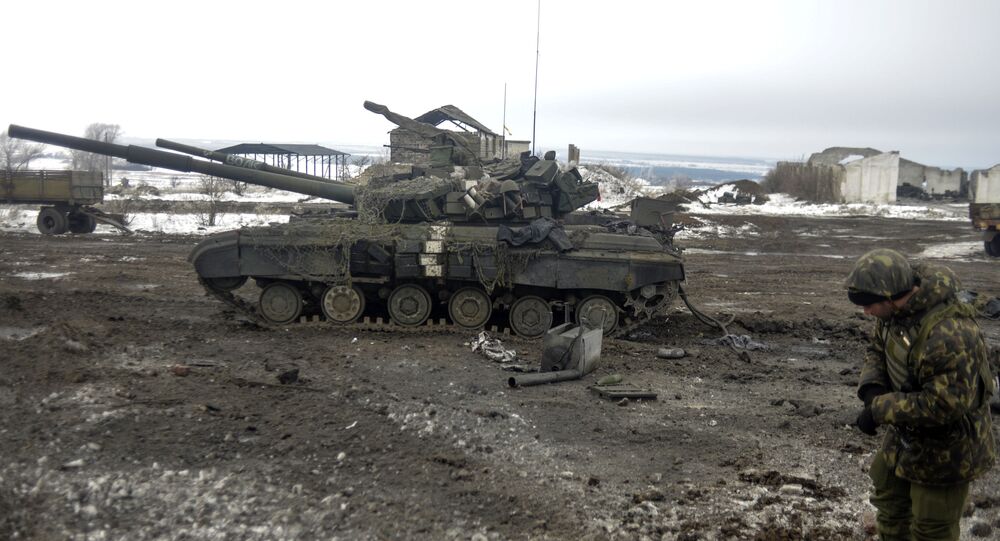 WarIsACrime.org anti-war organization's co-founder said that former US officials, who back military aid to Ukraine "are hoping for war, not peace."

This comes as eight former US officials urged Washington in a Monday report to provide $3-billion of direct military assistance, including lethal weapons, to Ukraine.

"Presumably some of those in Washington who back obvious provocations and escalations are hoping for war, not peace, and view the likely consequences as desirable," David Swanson told Sputnik.

Swanson also said that the US government "believes that when it supports a coup or arms a regime or invades a country it does so with a special moral pass in the name of democracy."

Who do you think the US military is most likely to engage with next?
Voted: 2
All polls
The anti-war organization's co-founder added that according to Washington, similar actions by other countries violate law and morality as they are motivated by "greed, power and sheer irrationality."

As for the current stance of the US government toward Russia, Swanson said that threatening the country is not "the road to peace."

Kiev forces and eastern Ukraine"s independence supporters have been locked in conflict since April 2014.

During his visit to the United States in September 2014, Ukraine"s President Petro Poroshenko requested that US Congress and President Barack Obama provide lethal and non-lethal military equipment for the Ukrainian forces. The White House has so far refused his requests for weapons.