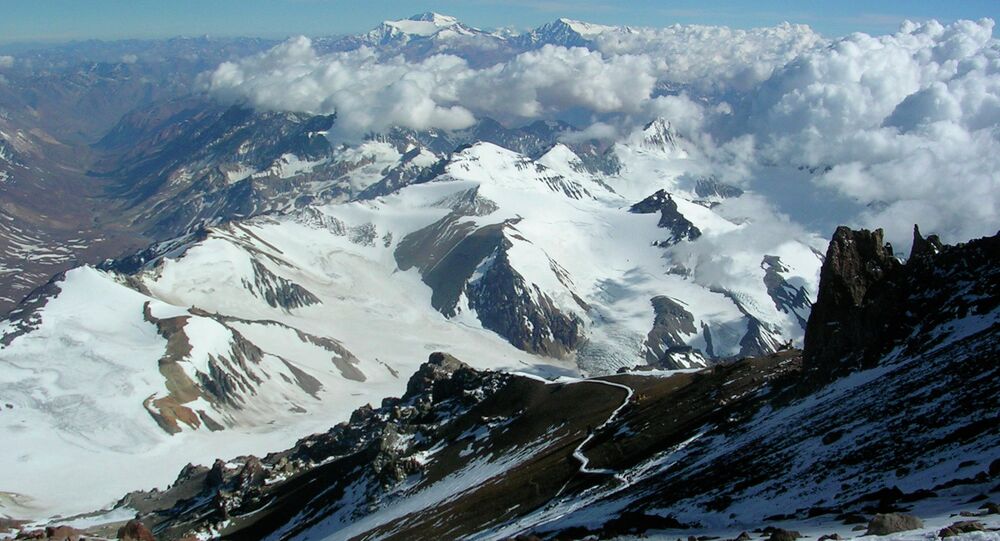 Replica of Soviet Banner of Victory Placed on Mount Aconcagua

A group of Russian mountain climbers have decorated Mount Aconcagua in the Argentine Andes with a replica of the Soviet Banner of Victory.

© AP Photo / Tom Evans, elcapreport
Two US Free Climbers Reach Top of Yosemite's El Capitan After 19 Days
MOSCOW, January 30 (Sputnik) — Russian mountain climbers have placed a replica of the Soviet Banner of Victory atop Mount Aconcagua in Argentina,  according to Pavel Romasevich, the head of the group, who spoke during a press conference in the Argentinian capital Buenos Aires on Thursday, Russia's RIA-Novosti news agency reports.

For his part, Valery Kucherov of Rossotrudnichestvo (the  Russian Federal Agency for the Commonwealth of Independent States, Compatriots Living Abroad and International Humanitarian Cooperation), touted  the  installation  of the banner as  a move to "pay  tribute  to all those who  gave their lives to fight Nazism."

According to Kucherov, "similar actions are of paramount importance in light of the ongoing information war against Russia."

Aconcagua rises to 6,961 meters above sea level; it is the tallest mountain peak in the Americas and the world’s tallest extinct volcano.

The Soviet Banner of Victory was raised by Red Army soldiers on the Reichstag building in Berlin on April 30, 1945.

American Heavy Tanks to be Stored in Mountains of Norway - Reports

Rescuers Take Bodies of 8 Climbers to Foot of Mount Ontake After Eruption: Reports