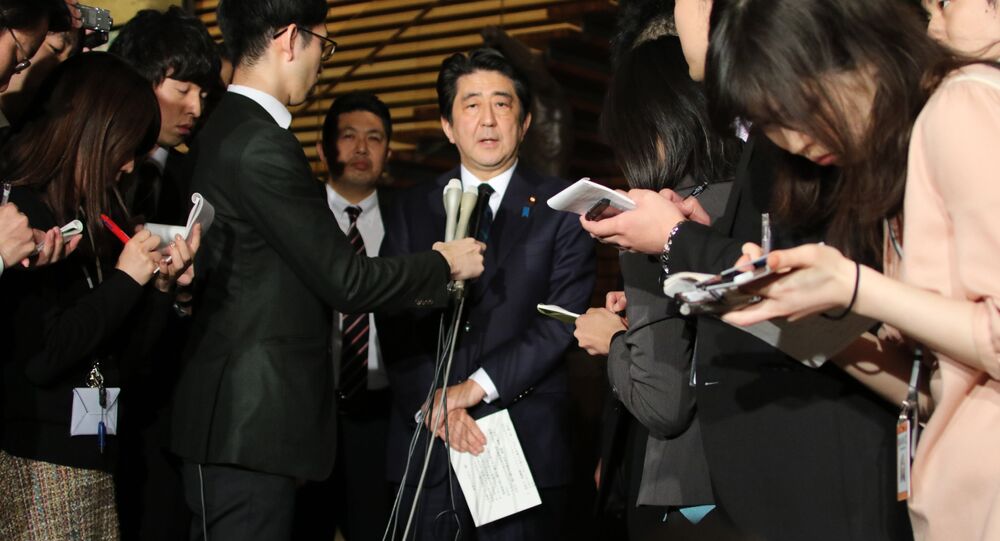 Shinzo Abe, the Prime Minister of Japan, has called Islamic State's (IS) beheading of a Japanese hostage "outrageous and impermissible".

“Such an act of terrorism is outrageous and impermissible. I feel strong indignation. I resolutely condemn this,” Abe was quoted as saying by The Japan Times.

Abe added that there was “no choice but to say” that the credibility of the IS video clip claiming that the hostage, Haruna Yukawa, was beheaded, was high.

© Photo : Twitter/Google
What We Know About Japanese Hostages From IS Video
The prime minister also said Japan would make further efforts to secure the release of the second Japanese hostage, freelance journalist Kenji Goto.

IS-linked Twitter accounts posted the video on Saturday, including an image of what is claimed to be the corpse of Yukawa, alongside an English voice-over confirming his death and stating new demands for the the release of Goto.

In a prior IS-video released on Tuesday, the group demanded $200 million within 72 hours, for the release of the two Japanese hostages. However, their demands were not met, as Japans pledged that it would not “give in to terrorism”.

© REUTERS / Toru Hanai
Mother of Japanese Hostage Pleads IS to Spare Her Son's Life
In the latest clip, the militant group changed its demand, to the release of a female suicide bomber, Sajida Rishawi, who participated in an attack at a wedding party in capital of Jordan, in 2005, but survived after her explosives failed to detonate.

Meanwhile, experts and media outlets doubt the authenticity of the last IS video, as it did not have the characteristics seen in the extremist group’s past clips, including the Al-Furqan logo, which is one of the militant group’s media arms, as reported by the online newspaper.

The IS radical Sunni group began fighting the Syrian government in 2012, later expanding its operations to Iraq, and declaring a caliphate on the territories it controls in both countries. The extremists have become known for their brutal tactics, such as public crucifixions and beheadings of captured prisoners.