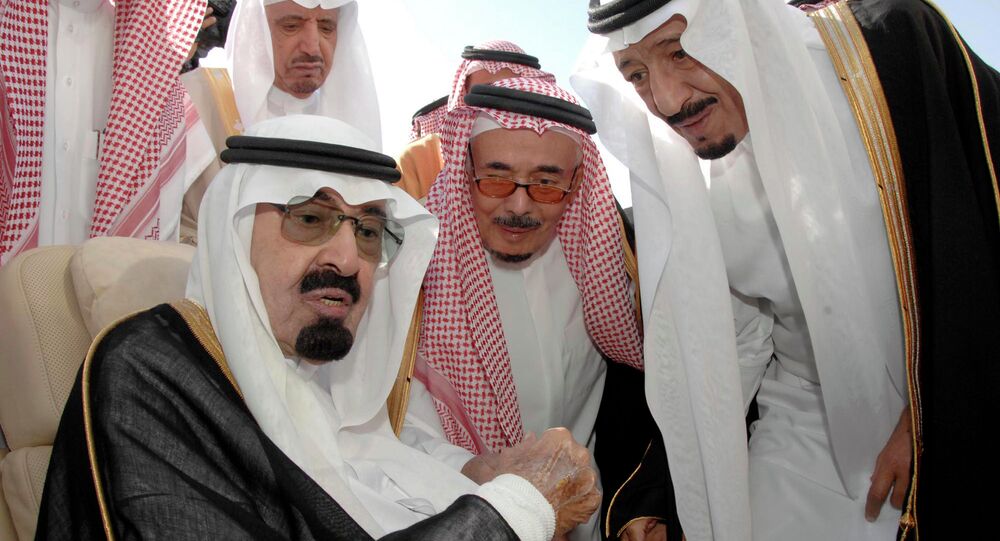 Heads of state expressed condolences, social media called out a repressive monarch, and mainstream media struggled to square the two vying images of the late King Abdullah of Saudi Arabia.

As word spread quickly that the ruler of the oil-rich nation of Saudi Arabia, King Abdullah bin Abdulaziz al Saud, had died at the age of 90 (or 91, it’s unclear) the war over how to remember his legacy heated up quickly online.

While foreign leaders and elder statesmen expressed condolences to the people of Saudi Arabia, one of the U.S.’ strongest allies in the Middle East, others took the chance to remind the public of the legacy of repression in this absolute monarchy where public beheadings are routine and women are denied basic freedoms.

In the U.S., Sen. John McCain (R-Ariz.) was one of the first American politicians to tweet in reaction to the king’s death, followed later in the evening by Secretary of State John Kerry:

President Barack Obama, meanwhile, issued a statement written “with deep respect,” addressed to the the royal family and the people of Saudi Arabia:

Some offers of condolence seemed to come from left field, such as Lindsay Lohan’s Instagram post, which included the phrases “Inshallah” and “Wallahi,” arabic expressions for “God Willing” and “I swear to God.”

Apparently, Lohan is close to Mohammed al-Turki, one of the numerous younger members of the royal family, who is a Hollywood producer.

Other commenters felt no need for diplomatic niceties at all. Journalist Jeremy Scahill minced no words, calling the late monarch “a merciless US-backed butcher and a systematic human rights abuser.”

Some called out the mainstream media’s attempts to address the abuses of the Saudi state while trying to emphasize more positive “reformist” aspects of Abdullah’s reign, by illustrating just what “reform” might have meant at times.

The New York Times obit, which declared that he “Nudged Saudi Arabia Forward,” mentioned Abdullah’s reaction to the Arab Spring; “When popular movements and insurgencies overthrew or threatened long-established Arab rulers from Tunisia to Yemen in 2011, he reacted swiftly.”

Or that the piece revealed an uncomfortable tension in the narrative about his reign:

The Daily Beast thought it meet to remind readers exactly how anachronistic this absolute monarchy is:

And Wikileaks lost no time posting links to relevant leaked diplomatic cables with information on the Saudi royals, their concerns about the succession process, their ties to terrorist funding, and even the king’s use of the little blue pill.