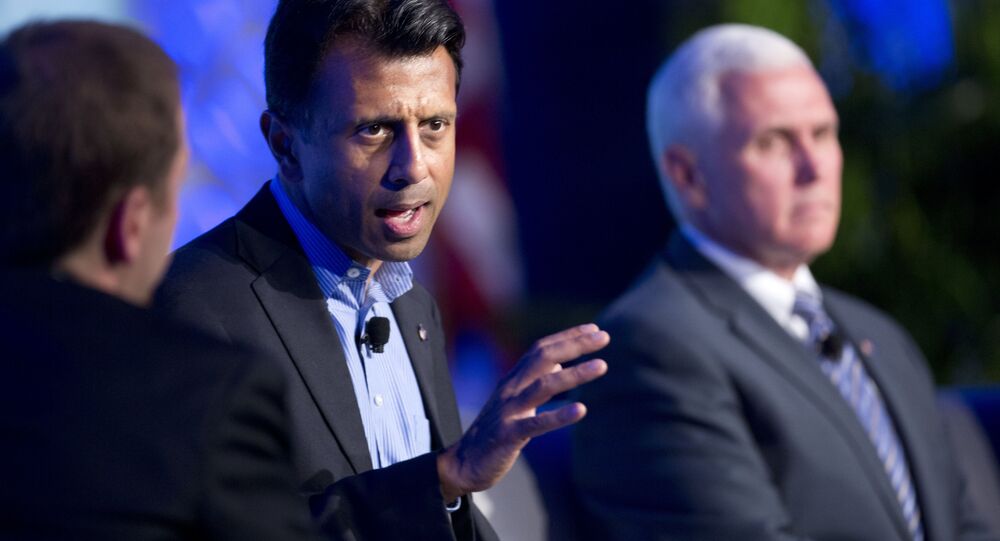 In his speech to a British think tank in London, Jindal explained that some states have given  Muslim communities full authority to implement a “harsh” version of Islamic law. He said that Muslim immigrants seek “to colonise western countries, because setting up your own enclave and demanding recognition of a no-go zone are exactly that.”

Himself the son of immigrants, the Indian-American governor said, "you've got people who want to come to our country but not adopt our values.”

“Radical Islam is a grave threat, we need Muslim leaders to denounce the individuals, not just the acts of violence," Jindal said, adding that "it is absolutely correct to insist on assimilation" in the United States.”"It is startling to think that any country would allow, even unofficially, for a so called 'no-go zone.' The idea that a free country would allow for specific areas of its country to operate in an autonomous way that is not free and is in direct opposition to its laws is hard to fathom," he said.

Jindal defended — and repeated — his comments when questioned by reporters.

On-air claims of “no-go” zones in Europe made last week by American author Steve Emerson led to Fox News issuing a public apology.  Emerson claimed that there were parts of the United Kingdom to which non-Muslims were not allowed, and Muslims there enforced faith-based laws.

Jindal, on the other hand, remained unapologetic. When asked if he regretted talking about “no-go zones,” he replied: “Not at all.”

“The bigger point is that radical Islam is a threat to our way of life,” he said.

According to the Daily Mail, when asked to produce evidence of these so-called “no-go” zones, Jindal claimed that reports of sexual abuse, female genital mutilation, and murders in predominantly Muslim neighborhoods are believed to often go unreported to police.

He did not identify by name the places where he believed this to be the case.