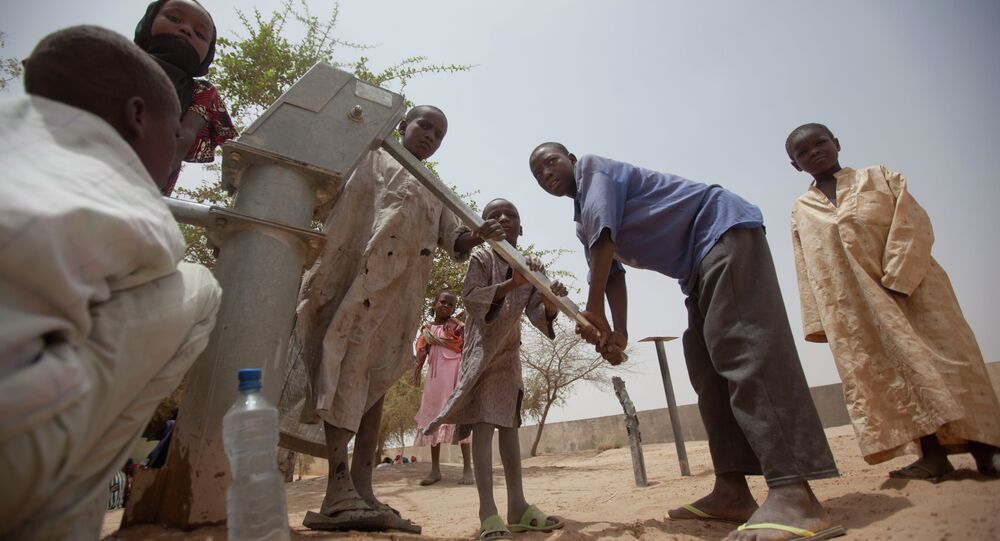 Interstate conflict is the issue most likely to affect the world in 2015, while water crises will have the biggest impact, the World Economic Forum said in a report released Friday.

© REUTERS / Hadi Mizban/Pool
Turkish PM to Attend World Economic Forum First Time Since 2009: Reports
MOSCOW, January 16 (Sputnik) – According to the Global Risks 2015 report, in terms of likelihood, interstate conflict is on top of the list, followed by extreme weather conditions and failure of national governance.

Natural catastrophes and failure to adapt to climate change, as well as unemployment or underemployment and state collapse or crisis were also named as likely global issues. Unmanageable inflation and weapons of mass destruction are the least likely problems.

Water crises were estimated as the issue that could have the greatest impact on the world in 2015, followed by the spread of infectious diseases and weapons of mass destruction. Interstate conflict and failure to adapt to climate-change also appear among the most serious problems that the international community may face this year.

"The risk landscape in 2015 also shows that there remains concern over the world's ability to solve its most pressing societal issues, as societies are under threat from economic, environmental and geopolitical risks," the World Economic Forum said in a press release published on its website.

According to the forum's website, almost 900 experts participated in the process of rating risks, with 28 global risks having been assessed for the 10th report.