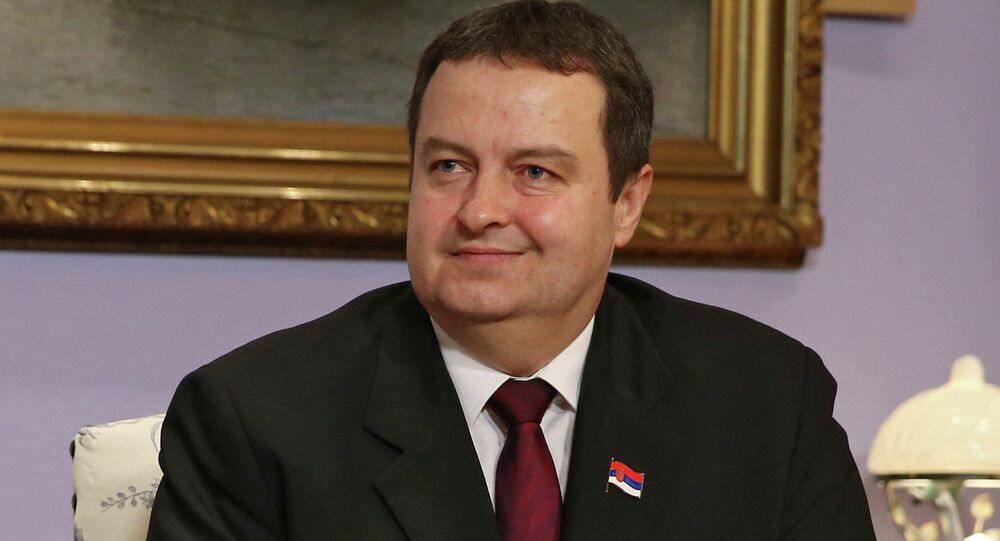 Governments Must Foster Tolerance in Society to Fight Terrorism

Following last week’s terror attacks in Paris on the office of Charlie Hebdo magazine and a kosher supermarket, Serbia's Foreign Minister Ivica Dacic called for tolerane and nondiscrimination in society as a means to fight against terrorism.

”It falls on all our governments to take measures not only in terms of countering terrorism and providing security to our citizens but also fostering tolerance and nondiscrimination in our societies,” Ivica Dacic said in an inauguration address assuming Serbia’s chairmanship in the Organization for Security and Co-operation in Europe (OSCE).

“We will devote particular attention this year to the phenomenon of foreign terrorist fighters, as well as violent extremism and radicalization that lead to terrorism, particularly the radicalization of youth,” Dacic said.

© REUTERS / Regis Duvignau/Files
Paris Charlie Hebdo Attacker on Al-Qaeda Payroll
Last week’s terror attacks in Paris on the office of Charlie Hebdo magazine and a kosher supermarket, as well as a separate shooting of a police officer, claimed the lives of 17 people and raised concerns over the increased terror threat in Europe.

The OSCE has been working with government officials, counter-terrorism experts and civil society to counter terrorist radicalization and to uphold human rights and the rule of law, the organization states on its website.