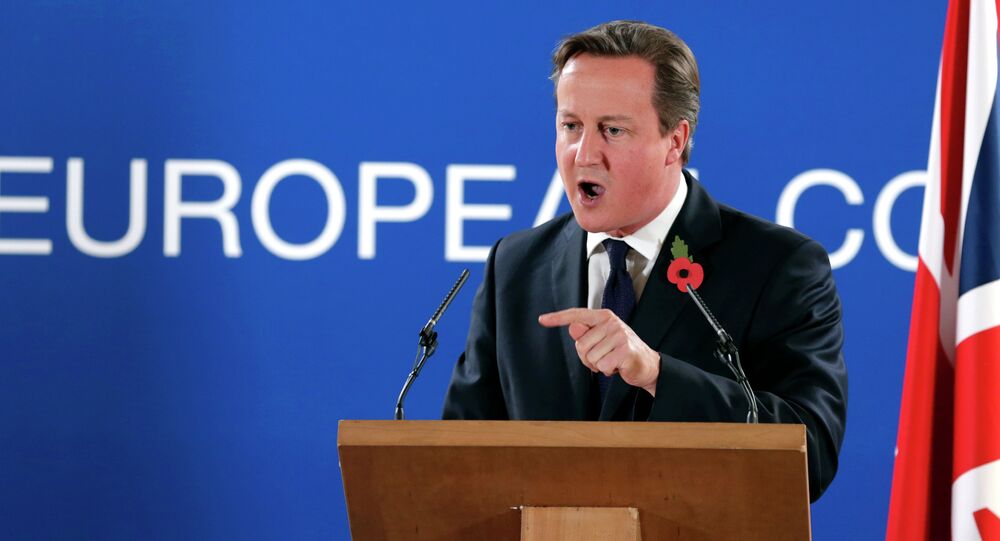 David Cameron has called the delay in publishing the Chilcot report into Britain's part in the Iraqi War “immensely frustrating," The Guardian newspaper reported on Wednesday.

“The report is largely finished but in every report like this there is a process where you have to write to the people criticized and give them a response … It is not within my power to grant the publication of this report,” Cameron was quoted as saying by the newspaper, adding that he found the delay immensely frustrating.

On Tuesday, former British Prime Minister Tony Blair was blamed for delaying the publication of the report, which he denies. According to the newspaper, Blair, who was in power when the war started, is likely to face possible war crime charges over the findings.

© Sputnik / Sergei Guneev
Cameron Says ‘Not in Control’ of UK Inquiry Into Iraq War
The report was to be published by end of 2014, but according to UK Cabinet Office minister Lord Wallace, the government had decided it would be “inappropriate” to publish the report before the coming general election in May, as reported by The Guardian. Wallace added that if the report was not ready for publication by the end of February, it would be stayed until after the elections.

The then UK Foreign Secretary Jack Straw is also among those criticized in the report.

The Chilcot report is an independent report chaired by Sir John Chilcot, a member of the formal body of advisers to the United Kingdom, the Privy Council. The inquiry seeks to uncover the operations of the United Kingdom in the Iraq War, including British policies and military action.

Led by the United States, the invasion of Iraq in 2003 aimed to destroy weapons of mass destruction believed to have been held by the late Iraqi leader Saddam Hussein. The Iraq War led to the death of over 100,000 civilians between 2003 and 2011, according to the Iraq Body Count database.