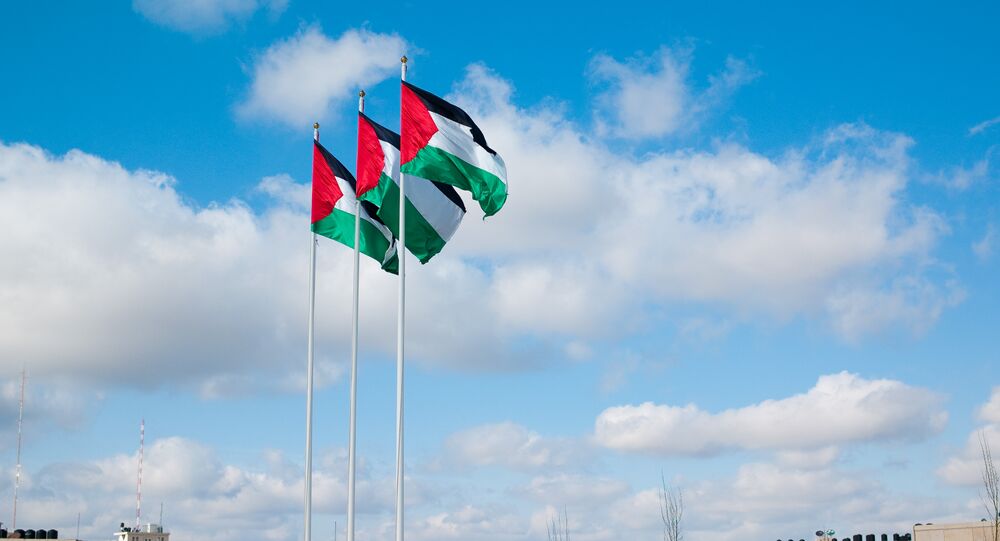 The European Union condemned the Israeli government's decision to freeze the transfer of tax revenue to the Palestinian Authority.

In retaliation for the Palestinian Authority's move, Israel stopped the transfer of about $127 million in taxes, collected on behalf of Palestinians in December.

"The decision of the Israeli government to halt the transfer of tax revenues to the Palestinian Authority runs counter to Israel's obligations under the Paris Protocol," EU foreign policy chief Federica Mogherini was quoted as saying in the statement on Tuesday.

© Sputnik /
US Concerned Over Palestinian Bid for ICC Membership: State Department
The Paris Protocol was signed on April 29, 1994 to formalize Israeli-Palestinian economic relations and prevent any economic obstacles. The tax revenue freeze by Israel violates the protocol and aggravates the existing tensions between two sides, according to the statement.

Mogherini also emphasized the commitment of the EU to reach a peaceful settlement of the Israeli-Palestinian conflict. In particular, she mentioned the Middle East Quartet, consisting of the United Nations, the European Union, Russia and the United States, that mediated the peace process in the region.

On December 31, 2014, Palestinian President Mahmoud Abbas signed the ICC's Rome Statute, the court's founding treaty, after UN Security Council failed to pass the resolution on the creation of an independent Palestinian state.

Tel Aviv claimed that Palestine's actions undermine prospects of peace talks between the warring parties, according to Israeli media reports.

Israel to Investigate Settlers Attack on US Diplomats: State Department