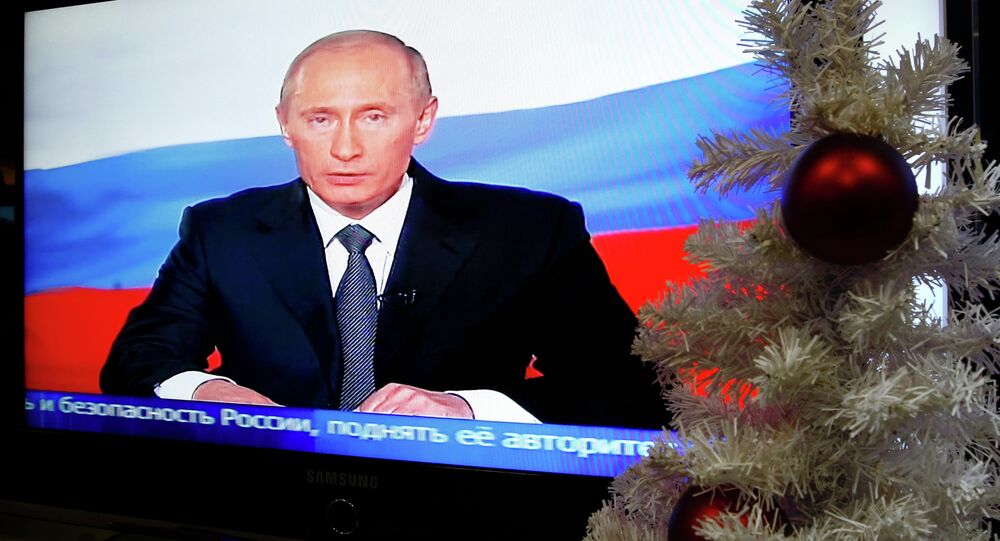 In his New Year's message to the Chinese leader, Putin praised the dynamic development of Sino-Russian relations during the past year.

"The Russian president expressed confidence that year 2015 will bring new opportunities for building mutually beneficial relations between Russia and China in various fields and confirmed readiness to continue productive collaboration on implementing the strategic bilateral projects and solving urgent issues of regional and global agenda," the Kremlin's press statement said.

© Sputnik / Michael Klimentyev
Russia, China Concerned by US Attempt to Increase Influence in Asia-Pacific
Following the deterioration of Russia's relations with the West over it's alleged participation in the Ukrainian conflict, Moscow has increased its economic cooperation with the BRICS countries, the Asia-Pacific region and Latin America.

During the past 12 months Russia and China have signed a number of strategically important agreements including a major energy contract, signed in May, guaranteeing the delivery of Russian gas to China for 30 years.

Putin: Russia-US Partnership Could Develop Under Principles of Equality

Putin: Gas Contract With China Beneficial for Both Sides