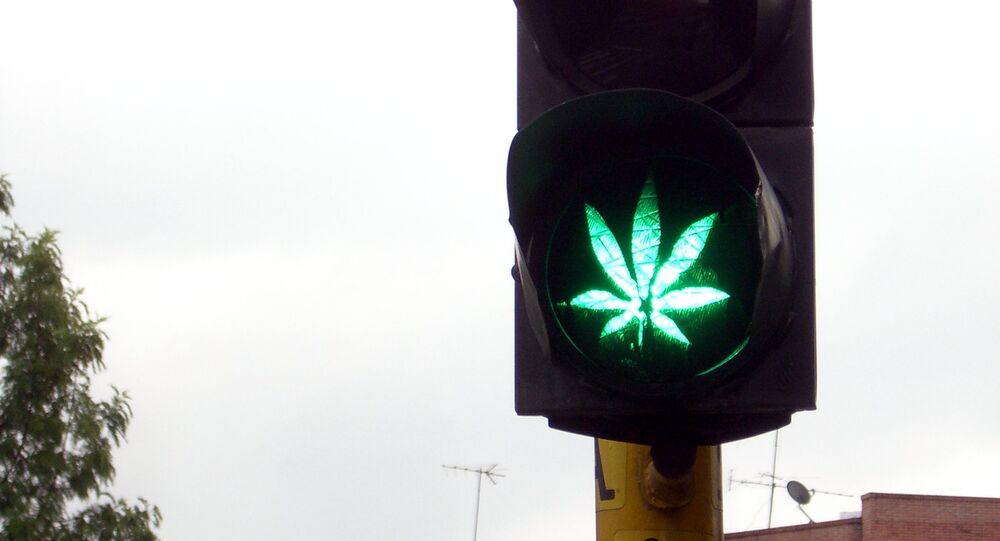 "We see a lot of reports about the growth of the GDP in the states where marijuana is legalized, as well as a decrease in crime. But my colleagues do not confirm this, while the dissemination of such reports is taking place mostly in Spanish. It seems that the situation has been orchestrated to impose legalization on, first of all, Latin American countries," Ivanov told the journalists.

© Sputnik / Alexandr Kryazhew
Legalization of Cannabis Farming Proposed By Lebanese Agriculture Minister
According to the official, Washington is trying to distract Latin America from the problem of cocaine production in Colombia, and suggests that legalizing marijuana can resolve it.

"This is a geopolitical question, not a drug-tackling one," Ivanov said, also citing the US State Department's head of drug management, William Brownfield, as saying in the United Nations that the legalization of marijuana was an experiment that would be terminated immediately should it prove not to be successful.

Cannabis is fully legal only in the US states of Washington and Colorado. Over half of the country's 50 states have decriminalized marijuana possession or legalized it for medical use with a prescription.

In December 2013, then-Uruguayan President Jose Mujica legalized the production, sale and consumption of marijuana under state control. His successor, President-elect Tabare Vazquez has vowed to continue with the policies established by Mujica, pledging to carry out a strict evaluation of the effect the first-ever state-controlled marijuana market would have on society.