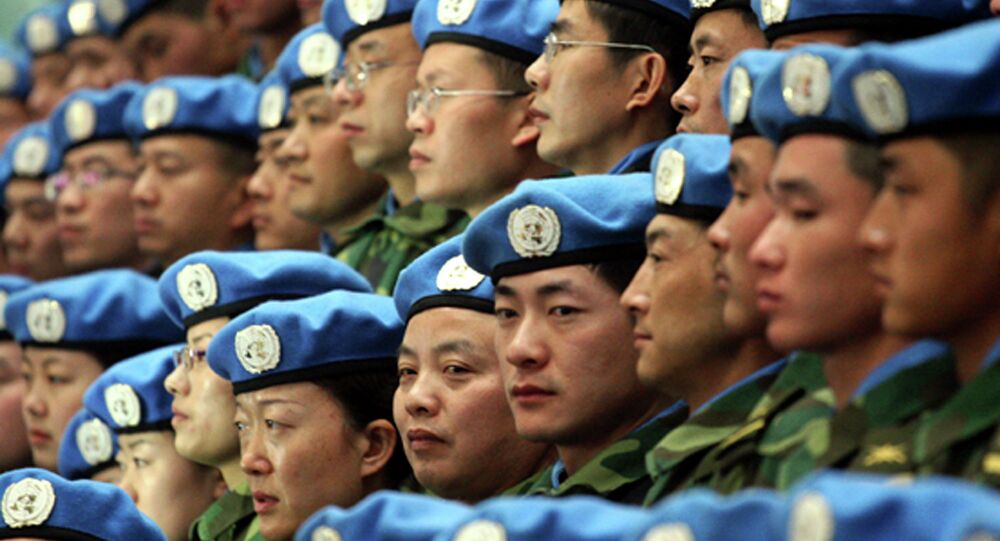 Initially 180 troops from the 700-strong battalion will fly to South Sudan in January. The rest will follow by air and sea in March.

The total military deployment will include 121 officers and 579 soldiers. The unit also includes a squad of 13 female soldiers.

© East News / Cityfiles / Polaris
UN Calls on Sudan, South Sudan to Discuss Security as Attacks Continue in Disputed Region
The battalion will be equipped with a variety of ammunition ranging from drones to antitank missiles "for self defense purpose only," Xinhua reported.

China is among the largest contributors of peacekeepers among the five permanent members of the UN Security Council, having over 2,000 UN-aligned troops stationed in conflict zones around the world, according to the news agency.

South Sudan has been in a civil war since December 2013. The conflict has claimed over 50,000 lives, according to the International Crisis Group, a human rights NGO.