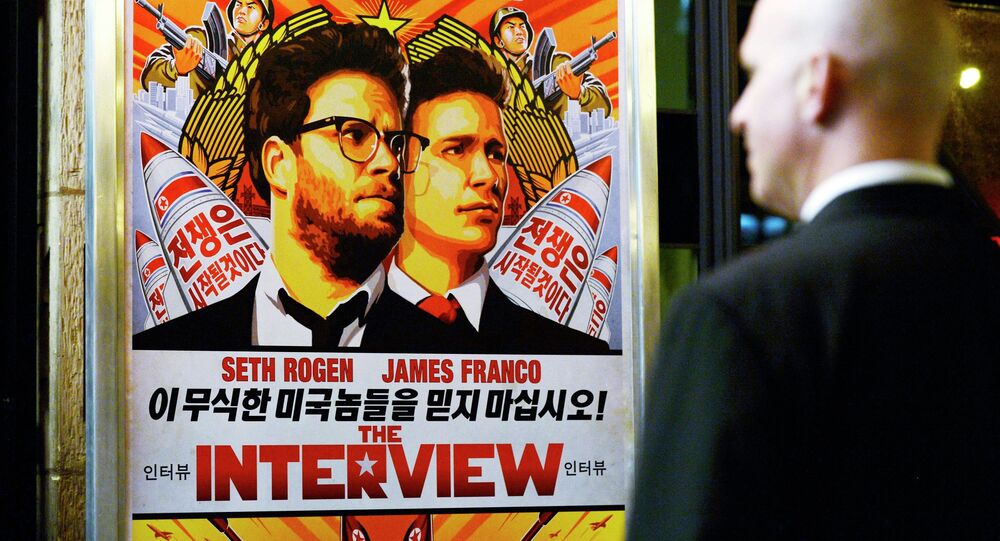 A spokesman of the North Korean foreign ministry said US accusations that Pyongyang was responsible for staging a cyber attack on Sony Pictures were "groundless slander". If the US continues to accuse North Korea, it will face "grave consequences", North Korean spokesman said.

MOSCOW, December 20 (Sputnik) – US accusations that North Korea staged a cyber attack on Sony Pictures are “groundless slander”; Pyongyang wants to set up a joint investigation into the incident with Washington, a spokesman of the North Korean foreign ministry said, according to Reuters.

© REUTERS / Kevork Djansezian
Hackers Threaten 9/11 Style Attack on US Theaters Showing 'The Interview'
The spokesman also added that if the United States refused to cooperate on the joint investigation, but continued to accuse North Korea, there would be “grave consequences”. The name of the spokesman has not been identified, Reuters said.

On Friday, US President Barack Obama blamed North Korea for the cyber attack, which led Sony Pictures cancelling the screening of a film “The Interview”. The film, starring Seth Rogen and James Franco, depicts the fictional assassination of North Korean leader Kim Jong Un. Earlier, the FBI said it had determined North Korea was behind the attack, stating that Pyongyang’s actions fell “outside the bounds of acceptable state behavior”, according to CNN.

In response to Obama’s words, North Korea said it would prove to the United States it had nothing to do with the hacker attack.

© AP Photo / Giuseppe Aresu, File
Clooney Calls for Release of “The Interview”, Urges People to Sign Petition
Obama further said that Washington had started consultations with Japan, China, South Korea and Russia regarding the incident. Japan and South Korea are said to have agreed to cooperate, while China, at this moment, has not responded yet, Reuters reported.

Obama said Sony Pictures had made a mistake by cancelling the release of the film. “I wish they had spoken to me first,” said the US president, quoted by the Irish Times. However, Michael Lynton, Sony’s chief executive, said Obama was mistaken in his criticism of the company’s decision not to show the film.

“The president, the press and the public are mistaken as to what actually happened. We [Sony Pictures] do not own movie theaters. We cannot determine whether or not a movie will be played in movie theaters.” – Lynton told CNN.

According to Lynton, the only decision Sony Pictures made was not to release the film on Christmas Day (the initial date the film was scheduled to be released) after the theater owners declined to screen the film. Sony now plans to release the film on different platforms, suggesting the release on DVD or video-on-demand services, the Irish Times reported.

The incident with the controversial film started after a group of hackers, known as Guardians of Peace, threatened a terrorist attack against cinemas that would show the film. “Remember the 11th of September 2001. We recommend you to keep yourself distant from the places at that time. If your house is nearby, you’d better leave. Whatever comes in the coming days is called by the greed of Sony Pictures Entertainment,” Guardians of Peace wrote in a message on Tuesday.