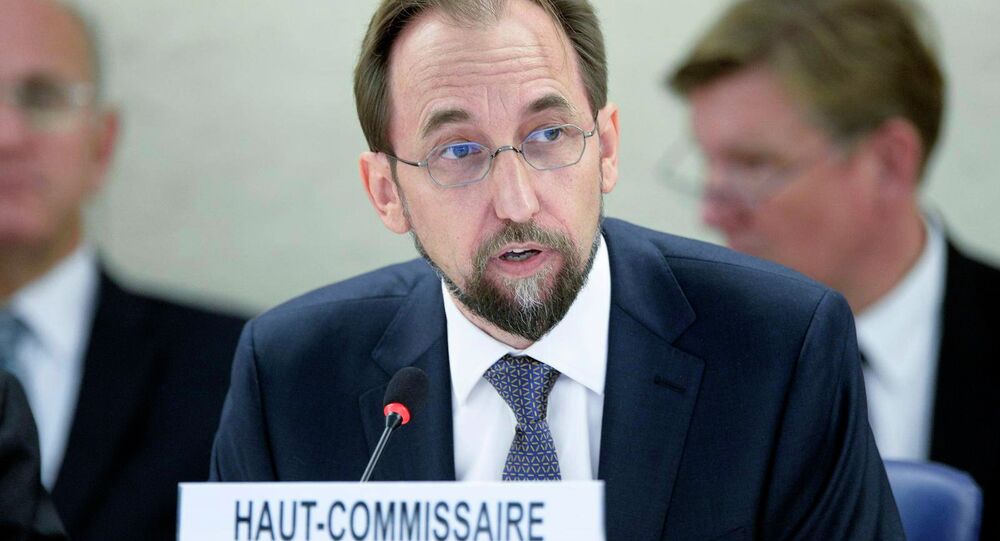 UN High Commissioner for Human Rights urged people to unite in the face of extremism after the attack on a school in Peshawar, Pakistan.

© REUTERS /
Over 100 Students Killed During Taliban Attack on School in Pakistan: Video From the Scene
UNITED NATIONS, December 16 (Sputnik) – After the attack on a school in Peshawar, Pakistan, the UN High Commissioner for Human Rights urged people to unite in the face of extremism on Tuesday.

"The Taliban have sunk to an all-time depth with this attack. Everyone must now unite to combat this type of savage extremism," Zeid Ra'ad Hussein said adding that there was no justification for support of extremist groups around the world.

He urged people to join efforts to counter "such extremism and violence" not just in Pakistan, but everywhere in the world where human rights were violated with such "barbarity".

"Nowhere in the world should it be an act of bravery for a child to attend school. Yet, in parts of Pakistan, Afghanistan and Nigeria simply showing up at school takes tremendous courage and determination," the high commissioner said.

Zeid added that there are frequent reports from these three countries about schools being closed or destroyed by militants and of schoolchildren being kidnapped and killed.

He noted that the ideology of extremist groups behind these atrocities had no resemblance to any religion or culture.

Executive Director of the UN children's agency UNICEF Anthony Lake, in turn, urged to support the parents of Pakistan who aim to provide their children with good education.

"It must also summon us, all the more, to support the parents of Pakistan who wish for their children the best possible education – and all those who are working to provide it," Lake said.

Earlier in the day, the Taliban extremist group reportedly killed more than 130 children in an Army Public School in the city of Peshawar. The attack is said to have been carried out in retaliation for recent advances made by the Pakistan Army against the extremist group. Six militants were killed, according to media reports.