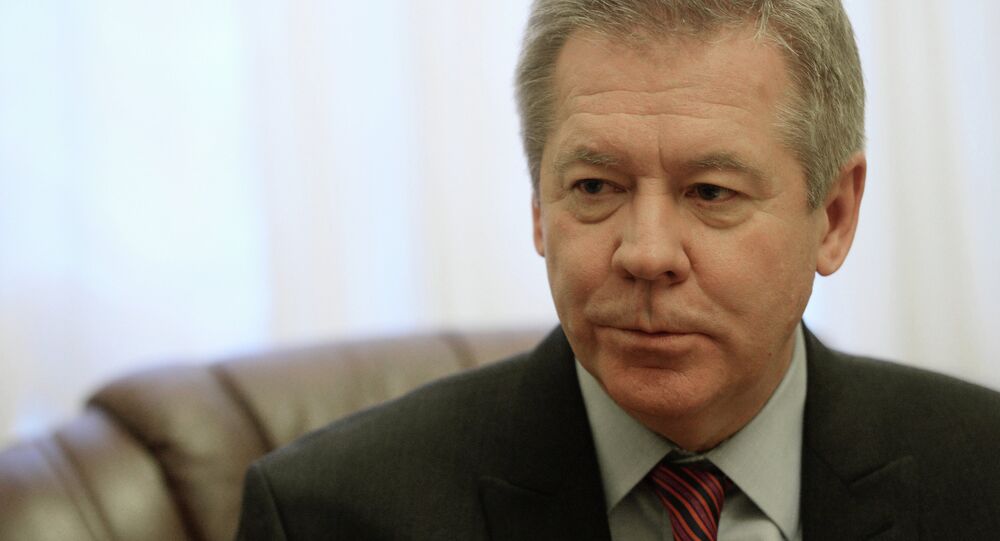 MOSCOW, December 9 (Sputnik) — Moscow is open to various scenarios for UN Security Council reform, provided it expresses the interests of all member states and is acceptable to them, Russia's deputy foreign minister said in an interview with Rossyiskaya Gazeta Tuesday.

© AP Photo / John Minchillo
Russian Envoy Criticizes UN Security Council’s Approach to Ukraine, Syria
"We are considering two main directions of possible reform of the Security Council. One group of countries favors the expansion of both permanent and non-permanent members… Another, no less reputable, so-called united for consensus group, stands for expansion only through non-permanent members," Gennady Gatilov said.

The official noted however that the main obstacle to expansion is the lack of agreement within regional groupings.

"The important thing for us is that all regions are adequately and more equally represented in the United Nations, especially developing countries," Gatilov said.

Japan, Germany, Brazil and India form the G4 group, each of which is seeking a permanent seat, with the veto powers it entails. Their regional rivals, dubbed Uniting for Consensus and led by Italy, propose instead to expand the 10 non-permanent seats while maintaining the P5 structure.

Unpopularity of US in Russia Result of Media War Against Moscow: Experts

US Appreciates Russia's Role in P5+1 Talks: Under Secretary of State