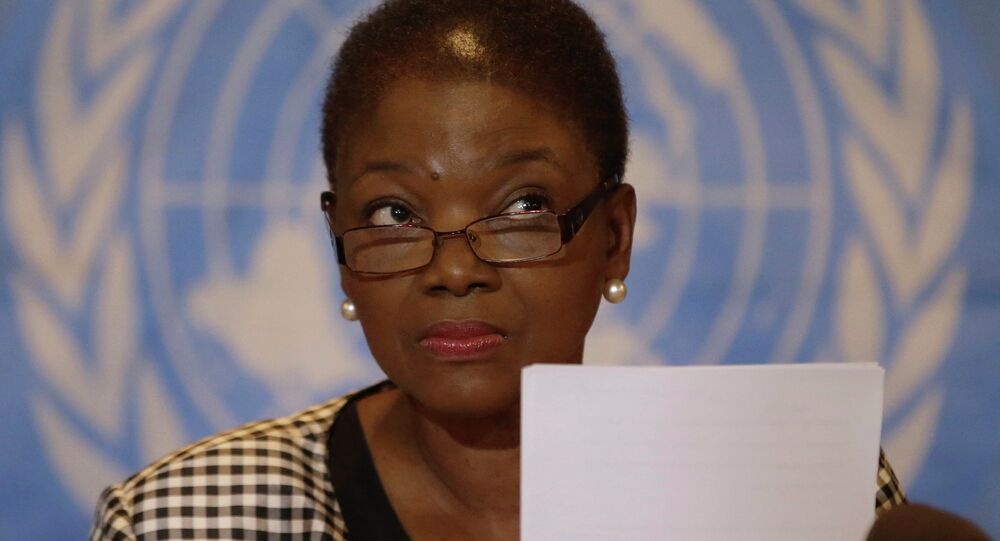 © Flickr / John Gillespie
UN Aid Chief Warns of Deepening Crisis in Iraq
NEW YORK, December 8 (Sputnik) – The UN asked the international community on Monday for a record-breaking $16.4 billion to run global aid operations, including $7.2bn that is needed for those forced to flee Syria after years of civil war.

“Over 80 percent of those we intend to help are in countries mired in conflict where brutality and violence have had a devastating impact on their lives,” UN Under-Secretary-General for Humanitarian Affairs Valerie Amos said in a statement.

The UN says crises in Central African Republic, Iraq, South Sudan and Syria are “top humanitarian priorities” in 2015, while it is also concerned about Afghanistan, Democratic Republic of Congo, Myanmar, the Palestinian Authority, Somalia, Sudan, Ukraine and Yemen.

© Sputnik / Valeri Melnikov
US, UK Must Fix Syrian Refugee Crisis as WFP Suspends Food Aid: Journalist
“Today's needs are at unprecedented levels, and without more support there simply is no way to respond to the humanitarian situations we're seeing in region after region and in conflict after conflict,” added Antonio Guterres, the UN High Commissioner for Refugees.

Peaceful protests began in Syria in March 2011 and quickly descended into all-out fighting between government forces, rebels and jihadists, some of them linked to al-Qaeda. According to UN estimates, the ongoing civil war has already claimed more than 200,000 lives and forced as many as 3 million more to flee their homes.