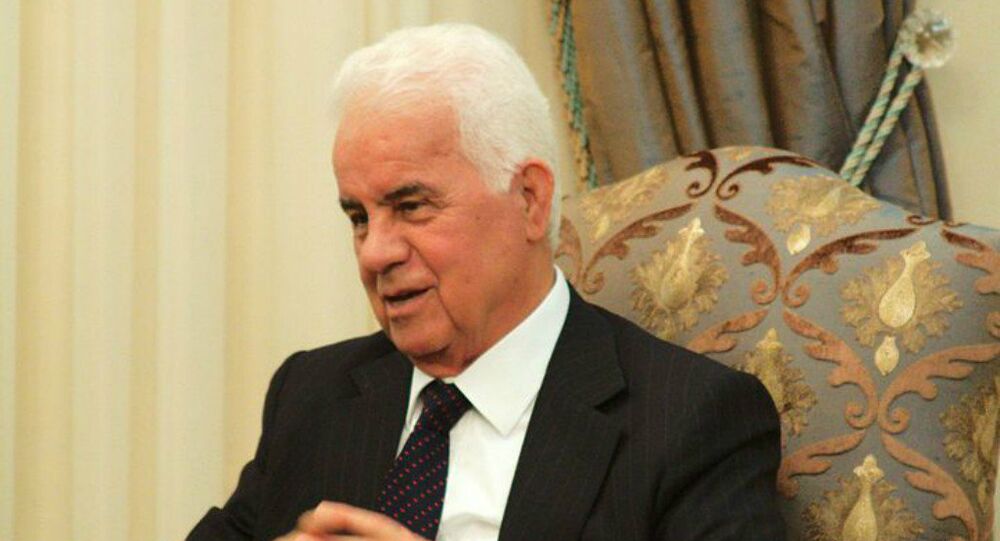 Dervis Eroglu, the president of the self-proclaimed Turkish Republic of Northern Cyprus, called Russia 'superpower' and praised Turkey for not backing western sanctions against Russia.

Alexey Nikolsky
Russia and Turkey Forge an Unlikely Alliance
MOSCOW, December 8 (Sputnik) — Imposing sanctions against Russia is not the way to reach a compromise on the Ukrainian issue, Dervis Eroglu, the president of the self-proclaimed Turkish Republic of Northern Cyprus, told Sputnik Turkey on Monday.

"Of course, the events in Ukraine were the reason why sanctions against Russia were introduced. First of all, I want to note that Russia is a superpower. I believe that all the sides need to sit down and reach an agreement on Ukraine. America and the EU are concerned about the situation in eastern Ukraine, but sanctions are the last way to reach a compromise," Eroglu said.

The politician also praised Turkey for not backing western sanctions against Russia.

"Turkey, for instance, has not joined sanctions against Moscow, and it did the right thing. Russia is a world power and cooperating with it is in the interests of Ankara," he said.

Addressing the Crimean issue, the politician stated that the international community has failed to take into account the stance of local residents, which was expressed in the March referendum. More than 96 percent of Crimean voters backed the motion to secede from Ukraine and reunite with Russia.

© Sputnik / Eduard Pesov
Turkey Urges to Achieve Peace Over Cyprus Natural Resources Issue: PM
"The world is speaking about the occupation of Crimea. But a referendum took place in Crimea. Turning to the facts, it should be said a national referendum on the republic's reunification with Russia was held. The Crimean people expressed their desire to join Russia," he stated.

Russia's recognition of Northern Cyprus could inspire the international community and encourage other countries to follow its lead, Dervis Eroglu, the president of the self-proclaimed Turkish Republic of Northern Cyprus, told Sputnik Turkey on Monday.

© Flickr / WCN 24/7
EU Parliament Calls on Turkey to Immediately End Seismic Surveys off Cyprus
"I believe that [Northern] Cyprus' recognition by Russia would be one of the most important events for the peaceful co-existence of two states in Cyprus. If Russia recognizes us, many other countries will follow suit," Eroglu said.

"Russia's recognition could ultimately lead to the creation of two separate states in the Mediterranean, which will recognize each other and live side by side," he added.

The politician stressed that Moscow should "not support the illegal actions" of the Greek Cypriots. "We are the victims here. Russia, as a powerful state, should be on the victims' side," he said.

Northern Cyprus, officially known as the Turkish Republic of Northern Cyprus, is a self-proclaimed state in the Eastern Mediterranean, occupying the northern regions of the island of Cyprus. Cyprus was de facto divided between the Greek and Turkish communities in 1974, when Turkey invaded the island after a coup staged by the supporters of a Greek military junta. The republic proclaimed its independence in 1983 and is currently only recognized by Turkey.