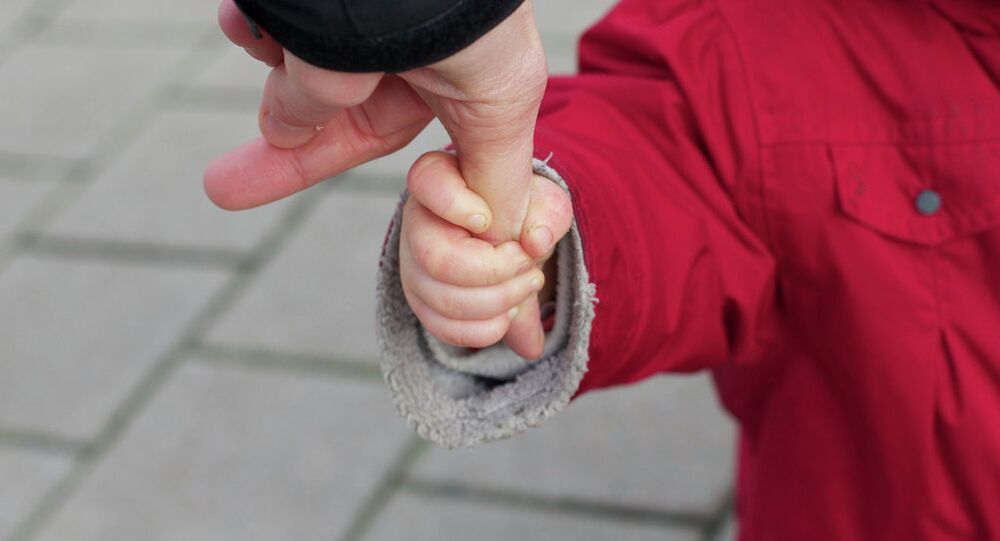 UNICEF noted that at least five million children have been forced to stay away from school in Ebola-affected countries, while hundreds more children were deprived of studies because they were abducted from school or on their way to school.

"The year 2014 has been one of horror, fear and despair for millions of children, as worsening conflicts across the world saw them exposed to extreme violence and its consequences, forcibly recruited and deliberately targeted by warring groups," a press released published on the UNICEF website said.

The release was published along with a facts and figures report, according to which 15 million children have been trapped in armed conflict in the Central African Republic, Iraq, South Sudan, the Palestinian Authority, Syria and Ukraine. In Syria alone, 7.3 million children were affected, while the number of those affected by the recent conflict in Ukraine stands at 128,000.

© AP Photo / Rebecca Blackwell
Half a Million Children to Face Malnutrition in Mali by Year’s End: UN
The report also said that 538 children were killed and another 3,370 were wounded during the fifty-day conflict in Gaza during the summer.

The UNICEF also noted that at least five million children have been forced to stay away from school in Ebola-affected countries, while hundreds more children were deprived of studies because they were abducted from school or on their way to school.

"This has been a devastating year for millions of children. Children have been killed while studying in the classroom and while sleeping in their beds; they have been orphaned, kidnapped, tortured, recruited, raped and even sold as slaves. Never in recent memory have so many children been subjected to such unspeakable brutality," Anthony Lake, UNICEF Executive Director, was quoted as saying in the release.

The UN agency also said that many cases in which children become victims or come under threat either tend to be forgotten or do not receive adequate attention.