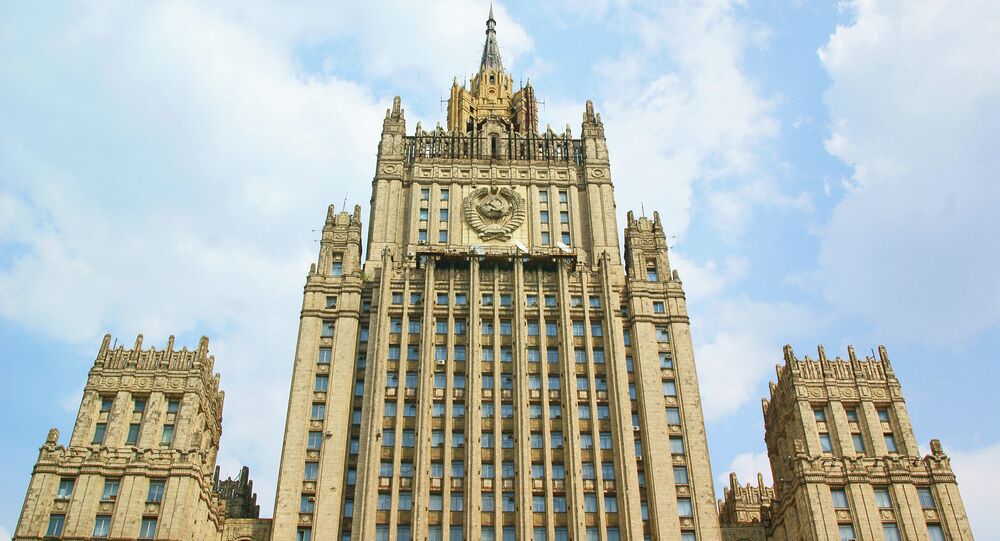 "Nonetheless this period did not lead to the forming of a different quality in mutual relations, and from President Obama's second term this reset policy slipped away into history," Ryabkov said.

The hearings are dedicated to issues such as the conflict in Ukraine, US attempts to isolate Russia and the future of Russia-US relations in the light of a recent resolution passed by the US Congress condemning Russia.

On December 4, the Congress passed a resolution "strongly condemning the actions of the Russian Federation, under President Vladimir Putin, which has carried out a policy of aggression against neighboring countries aimed at political and economic domination."

Relations between Moscow and Washington have deteriorated with the escalation of the Ukrainian conflict in mid-April, when Kiev launched a military operation against independence supporters in the country's southeast.

Years Ahead to Scrap US Anti-Russian Sanctions

It will take years for Russia to overcome the sanctions placed on the country by the United States, Russian Deputy Foreign Minister Sergei Ryabkov said Monday.

“I’m not presently ready to say if there is a new cold war or how long this current period will last. I know only one thing: it will take a long time, many years to exit this situation with American sanctions,” Ryabkov said.

Relations between Russia and the United States have deteriorated in the wake of the Ukrainian crisis, as Washington, along with the European Union, has accused Moscow of interfering in Ukraine's internal affairs, a claim repeatedly denied by the Russian side.

A positive agenda in relations between Russia and the United States is possible but will completely depend on the next presidential administration, Russian Deputy Foreign Minister Sergei Ryabkov said Monday.

US Unable to Solve International Issues Without Russia

The United States understands that without Russia it cannot solve international issues, and is set to switch to a positive agenda with Moscow, Russian Deputy Foreign Minister Sergei Ryabkov said Monday.

“[They] understand that without Russia it is impossible to solve the most important international issues, or to fight modern challenges and threats. But this understanding isn’t transformed the way it should be in practical actions by the [US] administration. But nonetheless, we are told on different levels that it wouldn’t be bad to switch over to forming a positive agenda in our relations,” Ryabkov said.

Relations between Russia and the United States have deteriorated over the Ukrainian crisis as the West has accused Russia of meddling in Ukraine’s internal affairs. Moscow has repeatedly denied the allegations and emphasized the necessity to settle the conflict peacefully through dialogue.

Last week, US Under Secretary of State for Arms Control and International Security stated that the United States was ready to cooperate with Russia on a number of issues concerning global strategic stability, including terrorism and nuclear threats.

US Intention to Dismantle CIS Countries Emerged in Early 2014

The United States' desire to pull the countries of the Commonwealth of Independent States (CIS) away from Russia appeared with new force at the beginning of 2014, Russian Deputy Foreign Minister Sergei Ryabkov said Monday.

"The attempt to separate Russia from the CIS countries, which have always been among the American foreign policy priorities, appeared with new force and exceptionally aggressive [tactics] at the beginning of this year," Ryabkov said.

The Ukrainian parliament is due to debate a bill on the nation's exit from CIS later on Monday. The draft legislation was initiated in November after Ukraine officially dropped its post as rotating head of the CIS this year.

The CIS is made up of former Soviet republics and emerged during the breakup of the Soviet Union in 1991. It currently has nine members — Armenia, Azerbaijan, Belarus, Kazakhstan, Kyrgyzstan, Moldova, Russia, Tajikistan and Uzbekistan, as well as two participating states — Turkmenistan and Ukraine.

Initially the CIS was comprised of Russia, Belarus and Ukraine. Over several years, it was joined by the rest of ex-Soviet states, except for the three Baltic nations, bringing the number of member states to 12. But between 2003 and 2005 several CIS member states – including Ukraine – went through the turmoil widely known as "color revolutions", which weakened their ties with the rest of the alliance, and particularly with Moscow, which is regarded as the bloc's leader.

Following the 2014 political crisis and subsequent toppling of the nation's Russia-leaning government in Ukraine, Kiev announced in May it was considering backing out from the CIS, with Ukraine's Secretary to the National Security Committee Andriy Parubiy admitting the government had already started the necessary procedures.

Following the coup in Ukraine, the Kremlin accused the United States and the European Union of plotting to stage another "color revolution" in the neighboring country.

Russia Ready to Find Balance of Interests With Us Where Possible

Russia is ready to search for a balance of interests in its relations with the United States wherever possible, Russian Deputy Foreign Minister Sergei Ryabkov said Monday.

"We aren't ready to make concessions with the United States on principle issues, but we are prepared and will find a balance of interests, a common denominator, wherever possible," Ryabkov said.

"We don't want a confrontation, but we won't make concessions on principle issues," he continued.

Ryabkov stressed that it depends entirely on the United States how current relations between the two countries will evolve, suggesting that this period may be considered a "Cold War 2.0" by historians.

Relations between Moscow and Washington have deteriorated over the Ukrainian crisis.

The United States and a number of its allies have accused Russia of involvement in the military conflict launched in mid-April by Kiev to suppress independence supporters in the southeast of Ukraine.

"The twisting of arms in some places, and simple urging in other places in regard to US allies and like-minded countries, is continuing simultaneously in order to hold the anti-Russian front and follow in the wake of US policy in regard to sanctions," Ryabkov said.

Relations between Russia and the United States have deteriorated amid the Ukrainian crisis. The West has accused Russia of interfering in Ukraine's internal affairs while Moscow has repeatedly denied the allegations, emphasizing the need for a peaceful settlement through dialogue.

Over the past year, the United States introduced anti-Russia sanctions targeting Russia's banking, energy and defense sectors, as well as certain high-ranking officials. The European Union and a number of its other allies quickly followed suit, drawing up their own blacklists.

In October, British MP for Bradford West and leader of the Respect Party George Galloway told RIA Novosti that the European Union, particularly France and the United Kingdom, follows the US policy with regard to Ukraine.

US House Resolution on Russia Calls for More Concerns

The non-binding resolution on Russia passed by the US House of Representatives last week calls for concerns and further complications between the two countries, Russia Deputy Foreign Minister Sergei Ryabkov said Monday.

“The document’s orientation and tone calls for serious concern, insomuch as we see that this is the next step and a further development of trends that have lately been dominant in Russian policy in Washington,” Rybkov said.

The official added that he does not include further aggravation of the situation. "We are doing our utmost to stabilize relations with the US, so that [our relations] have a sensible and stable foundation, but, unfortunately, the resolution that passed in the House of Representatives is in a way similar to a ‘mood barometer’ in America,” Ryabkov said.

The US House of Representatives on Thursday voted 411-10 to pass the non-binding resolution.

The resolution called on President Barack Obama to "cooperate with allies and partners in Europe and other countries around the world to impose visa bans, targeted asset freezes, sectoral sanctions, and other measures on the Russian Federation and its leadership," according to the document.

The document also urged Obama to provide Ukraine defense articles, services, and intelligence. It also calls for initiatives to prevent Russia from using energy "as a means of applying political and economic pressure on other countries."

Relations between Moscow and Washington hit rock bottom in spring 2014, following the escalation of the Ukrainian conflict and the launch of a military operation in Ukraine’s South-East. Washington has accused Russia of providing military aid to local pro-independence militias.