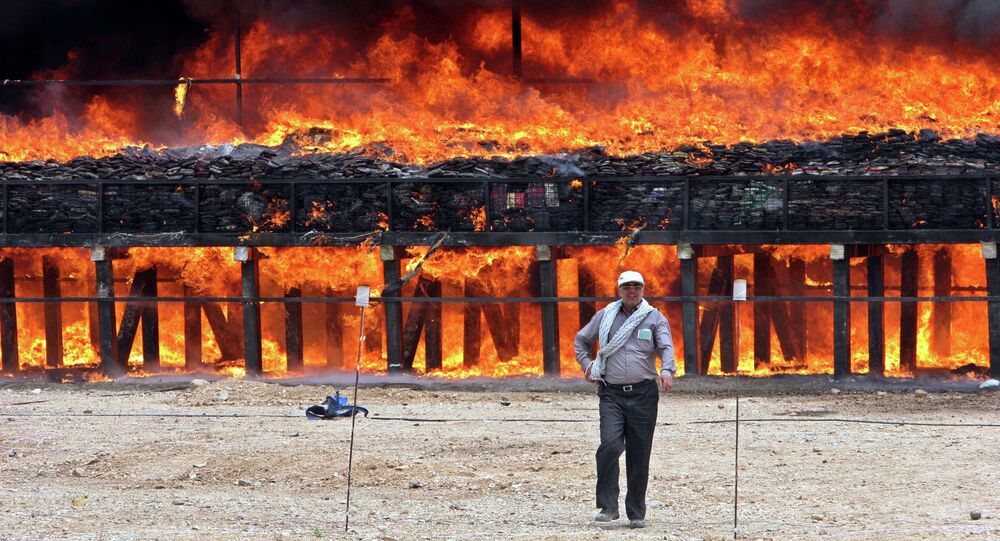 Earlier two countries have signed memorandums on cooperation in the sphere of human rights and environmental issues.

MOSCOW, December 2 (Sputnik) — Iran and Italy are willing to enhance cooperation in fighting drug-trafficking and terrorism, Italian and Iranian officials said at a meeting Tuesday.

Grasso also noted that Iran is a safe place for transferring humanitarian aid.

Larijani, in turn, welcomed the proposal of the Italian colleague and called for enhancing the cooperation with the supervision of the two countries' judicial institutions, Fars News reported.

On November 30, Italy and Iran agreed on extending cooperation in the sphere of human rights at a conference "Protection of Human Rights in the Penal-Judicial System of Iran and Italy" in Rome.

Moreover, on November 26, the two countries signed a memorandum of understanding in Rome aimed at promoting cooperation on environmental issues.

Threats From Terrorism to Last for Years: UK Police Official