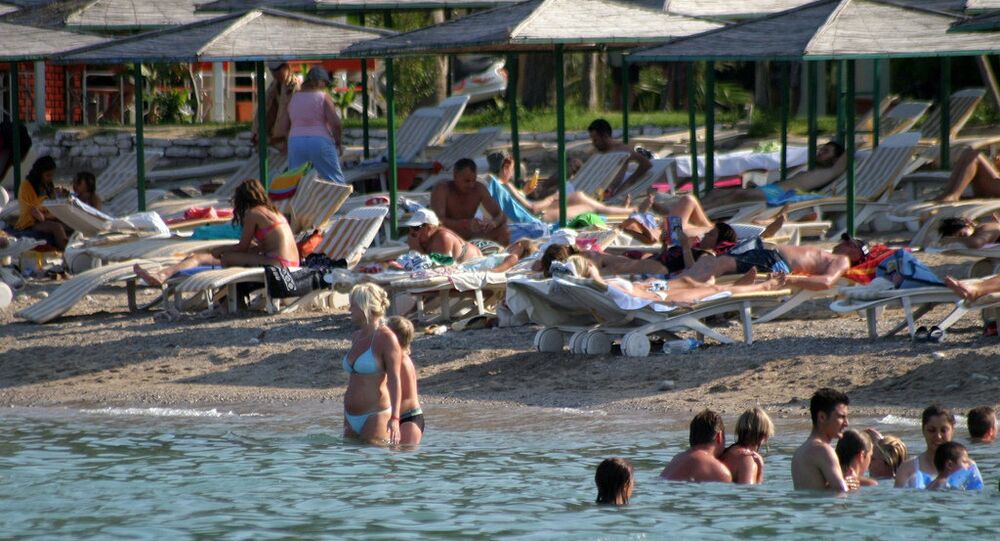 There are fears that the falling value of the ruble is having an adverse impact on numbers of Russian tourists heading to Turkey. Tourism numbers will be one of the key agenda items between for Vladimir Putin’s visit to Ankara as the countries try to cement economic and political ties.

Russia and Turkey may have their foreign policy differences, but Vladimir Putin and his Turkish counterpart Recep Tayyip Erdogan are expected to downplay differences to concentrate on trade ties.

Opposing views on the crisis in Syria are unlikely to deter deals being struck at the Turkey-Russia High Level Strategic Cooperation Council, whose aim is to boost trade between the countries from $35bn to $100bn by 2020.

A lot is at stake, especially considering that the meeting comes as Turkey’s top tourism chief sounded the alarm over the impact a falling ruble could have on Turkish tourism.

Yusuf Hacısalihoglu who is head of the Association of Mediterranean Tourism and Hoteliers of Turkey, told a press conference in the Turkish resort of Antalya that his country’s tourism industry could be hit hard by a falling ruble, which has depreciated by 30 per cent against the dollar in 2014.

Sanctions imposed by the European Union and the United States, because of the crisis in Ukraine, combined with falling oil prices, have led to a weaker ruble, making it harder for Russians to travel to Turkey. More than 4.2 million Russian tourists visited Turkey in 2013, coming second only to the 5 million plus Germans.

Mr Hacısalihoglu has called on the Turkish government to take preventative and supportive steps for 2015. Hazan Selim Ozertem from the Ankara-based think tank the International Strategic Research Organisation said shoring up trade and tourism would be the priority for Mr Putin.

“Economic issues will prevail in discussions, especially for the Russian side. The sanctions imposed on Russia have compelled the country to look for new economic alternatives. This is for a number of reasons including the flow of capital out of the state due to sanctions, the decline in oil revenue and the need for capital to pay foreign debt and offset export deficits that have resulted from the devaluation of the Russian ruble.”

Mustafa Sönmez is a reporter for the Turkish Weekly. He said the Turkish and Russian economies are closely entwined and Turkey was concerned about any impact on its tourism revenues.

“Russia is a growing market for Turkey. The increase in the number of incoming tourists was 17 percent last year. This year even if this went down to 9 percent, the increasing trend is continuing. Turkey is likely to be affected negatively pretty much by the shrinkage of this market. However, it looks quite possible that Russia will cut down on its tourism expenditures because of the extreme valuation of the dollar – something that will negatively affect Turkey’s tourism.”

Earlier in the year, Turkey signed a tourist agreement with Russia which would see the countries run joint projects over the next two years to boost visitor numbers. However that deal, back in March, preceded the downturn that the Russian economy has taken. Meanwhile, Mr Putin’s visit has already seen a deal for Russia to build Turkey’s first nuclear power plant, in Akkuyu.