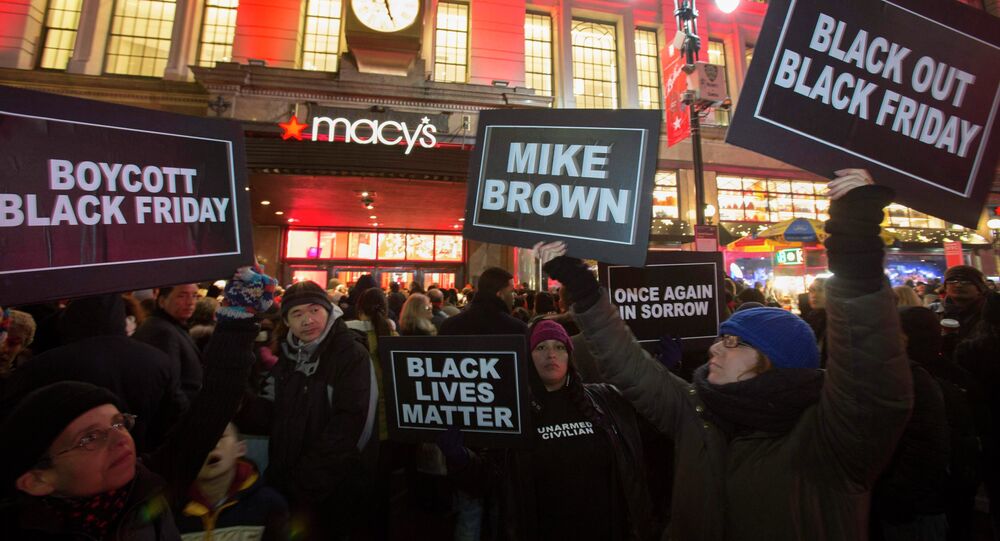 With just eight days before voting for the most influential person, group or idea closes, Narenrda Modi and Ferguson Protesters lead the table with 10.4 percent of the votes, followed by Hong Kong student activist Joshua Wong with 6.7 percent, Nobel Peace Prize winner Malala Yousafzai with 5.3 percent and Russian President Vladimir Putin with 5 percent. Ebola doctors and nurses, are at number six with 4.3 percent.

© REUTERS / Yuya Shino
Indian PM Modi Calls on South Asian Nations to Unite in Terrorism Fight
On Wednesday, Ferguson Protesters became the poll's number two candidate, with 7.7 percent of the votes, while Modi had 12.2 percent. On Thursday, Ferguson Protesters gained on Modi in the table, with 8.8 percent of the vote to the latter's 11.1 percent.

Time magazine has been selecting its Person of the Year since 1927. Since then, the title has been claimed by individuals, groups – like the American fighting-man, representing US troops involved in the Korean war in 1950, or the Protester in 2011, representing various protest movements including the Arab Spring and Occupy Movement — and even objects, like the computer in 1982.

The killing of African-American teenager Brown in August has sparked weeks of often-violent protests in the city of Ferguson and across the United States. This week protests took place in 38 US states.