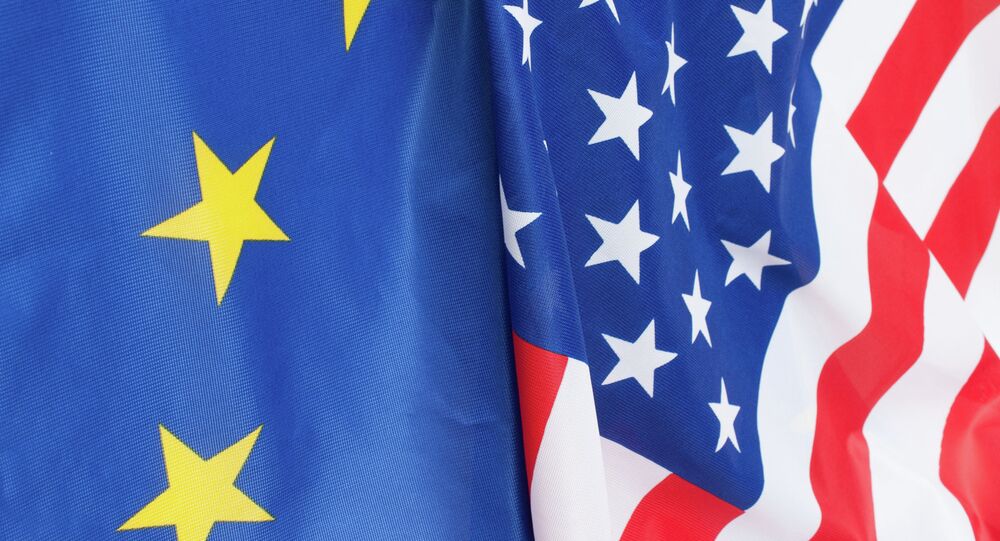 When US President Barack Obama was in Australia at the G20 forum's summit, he began a conversation about next steps to increase the pressure on Russia, according to a high-ranking US administration official.

WASHINGTON, November 18 (Sputnik) – The United States and the European Union are discussing more sanctions against Russia, a high-ranking US administration official said Tuesday.

"I would say that the question of the intensification of the sanctions is under discussion at this point," the official said.

"When the president was In Australia over the weekend [at the G20 forum's summit]…. He began a conversation about next steps to increase the pressure on Russia as well as next steps to provide additional financial support to Ukraine," the official added.

The discussion has been launched ahead of the US Vice President Joseph Biden's visit to Ukraine on November 21.

Relations between Russia and the West deteriorated amid the Ukrainian crisis. Over the past few months, the United States, the European Union and their allies have introduced several rounds of sanctions against Russia, accusing the country of meddling in Ukraine's internal affairs and sending troops there. However, none of these statements were supported with any evidence. Moscow has repeatedly denied these allegations, stating that Russia is not involved in what is Ukraine's internal conflict.

Red Line for New Sanctions Against Russia Not Discussed by EU