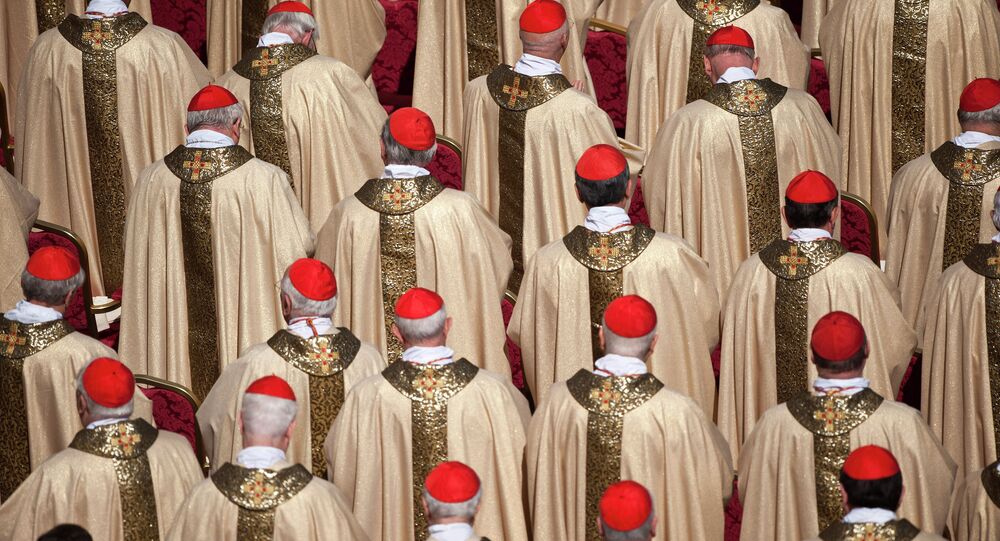 The Catholic church, under the leadership of Pope Francis is making big leaps to get closer to the modern globalized society. But while the “cool” pontiff has been making headlines over the past two years, appealing to the new generations of Christians, US conservatives have been stalling the process of the Church's modernization.

The only top-ranked American at the Vatican was demoted from his position as a Cardinal, or the leader of the Vatican's highest court, to a job with nothing more than a symbolic status. Raymond Burke, the former Cardinal, is now a chaplain of the Knights of Malta, a job with almost no responsibilities.

Raymond Burke has been a harsh critic of Pope Francis for his statements against the church's “obsession” with gay marriage, abortion, and contraception, and has not hesitated to voice his concerns over the Church's radical moves. “Many have expressed their concerns to me,” Burke said in a statement reported by USA Today. “There is a strong sense that the church is like a ship without a rudder.”

1 / 2
© AP Photo / Andrew Medichini, File
In this Monday, March 11, 2013, file photo, Cardinal Raymond Leo Burke, of the United States, leaves at the end of a meeting at the Vatican. American Cardinal Raymond Burke, a fervent opponent of abortion and gay marriage, was removed by Pope Francis from another top Vatican post on Saturday. The removal of Burke as head of the Holy See's supreme court was widely expected in church circles.

This isn’t the first time his strong conservative values have had an impact on his career. In 2007 the former Cardinal resigned from the board of a Catholic hospital after it invited pro-choice singer Sheryl Crow to perform at a charity concert.

Catholic News Service reports that it is highly unusual for the pontiff to dismiss a Cardinal without a comparable position elsewhere. But ultraconservative Burke apparently doesn't fit with the liberal plan of the Holy See.

Papal coverage has gone wild recently, when Pope Francis made his statements about evolution and the Big Bang theory. “When we read about Creation in Genesis, we run the risk of imagining God was a magician, with a magic wand able to do everything. But that is not so. He created human beings and let them develop according to the internal laws that he gave to each one so they would reach their fulfillment,” Pope Francis stated at the Pontifical Academy of Sciences last month. Although the pontiff's statement doesn't contradict Christian values, the news has gone viral. And it is one of the many of the liberal statements and actions delivered by the Pope during his term.

Today even non-believers consider Pope Francis a “cool pontiff”. After Time magazine chose the Pope as Person of the Year 2013, calling him The People's Pope, media buzz continued to praise all the liberal and radical things that Pope Francis has done. Recently, the Pope made headlines again when he posed his now famous,“who am I to judge?” question when speaking about homosexuality.

Denouncing judgment of homosexuals, feeding the homeless, donating his very own Harley Davidson to fund a charity are just a few of the “cool” things that the Pope has already done  in his term. But for American religious right and right wing conservatives these radical moves are not so appealing. Creationists have gone out of their way to criticize Francis for calling God a “magician.” The president of a Creationist apologetics ministry which operates the Creation Museum, has accepted the Pope's statements about evolution, but has gone out of his way to criticize the wording that the Pope chooses.

© Flickr / Mazur/catholicnews.org.uk
The Inauguration Mass For Pope Francis
“In this instance, Pope Francis, like so many other religious leaders, is putting man's word above God's Word.” Ken Ham writes in his blog. “And not only that, he's also going so far as to say that only a magician with “a magic wand” could create the way that God said He created in Genesis!”

When he’s not slamming the Pope, Ham is planning to build a Creationist empire in the US. He's already founded a 27 million dollar Creationist Museum and now has plans to open a Noah's Ark–themed creationist amusement park.

One might wonder if contemporary Americans are hungry for such amusements and museums, that support a belief that God created human as it is today 10, 000 years ago. But recent polls conducted by Princeton University show that 42% or 4 out of 10 Americans do not believe in evolution and support the theory that God created humans as they are today. The same poll, however, shows that these numbers decline with the younger generations who are siding with the belief that faith and science are not contradictory. Perhaps that explains why the Pope has been so radical and so radically popular. If American Creationists believe that Christian values are in serious trouble, the Catholic Church is ahead of the game.