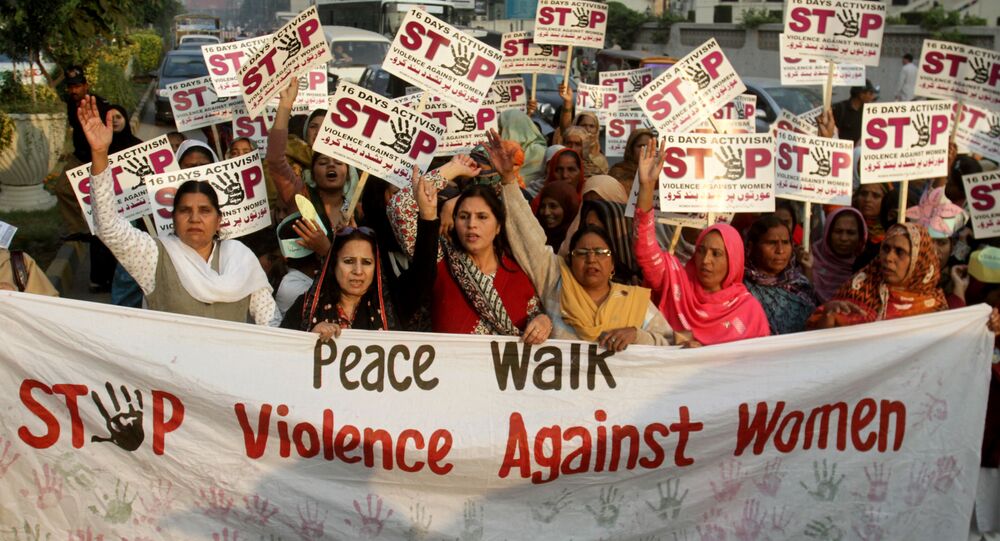 Australian Prime Minister Tony Abbott dismissed a century of women’s struggle and tried to walk back his country’s commitment to their safety. According to him, violence against women isn’t the same as torturing them.

Australian Prime Minister Tony Abbott argued before the UN Committee Against Torture (CAT) that his government should not be held responsible for domestic violence against women. He says these actions do not constitute torture in the legal sense.

Abbott disturbingly said that “As a matter of international law, domestic violence does not fall within the scope of the Convention… as it is not conduct that is committed by or at the instigation of, or with the consent or acquiescence of a public official or other person acting in an official capacity.”

His slippery comments drew the rebuke of the CAT, which remarked that “If the Australian government is not responsible for violence against women, it is the only country which is not.” It then pressed the Australian government to walk back part of its statement and accept some responsibility for protecting women, which it is legally obliged to do per international law.

The scandal then took the internet by storm, with scores of commentators condemning Abbott’s apparent unwillingness to protect women from violence.

If violence against women isn't torture or cruel, inhuman or degrading treatment (as Aust has today argued at the UN) what the hell is it??

This isn’t the first time he’s tried to shirk his government’s responsibility to women.  On October 18th, in response to a Twitter user asking him if he’ll declare a war on violence against women, he had this to say:

There'll be no war on violence against women, but we support America if they unleash some selective arial bombings. @Kon__K @TonyAbbottMHR

Which is the exact opposite of what he had said earlier this summer about the problem:

Violence & sexual assault against women and children is utterly unacceptable. For more details on the 2nd Action Plan http://t.co/cGJnl7gtT2

Either Abbott is being ironic about his approach to female safety, or he’s completely forgotten his government’s international commitment in protecting women from all forms of discrimination, including the use of violence. Australia is a signatory to the UN’s Convention on the Elimination of All Forms of Discrimination Against Women, and interestingly enough, his country actually scored quite well in terms of enforcing it. It’s confusing why Abbott would be supportive of women’s security in regards to one treaty, but argue for his country’s neglect of it in another. No matter what his convoluted reasoning, one thing is certain – his bumbling approach to protecting women has rightfully drawn their ire, and the PM has a lot of explaining to do if he wants to retain their support.