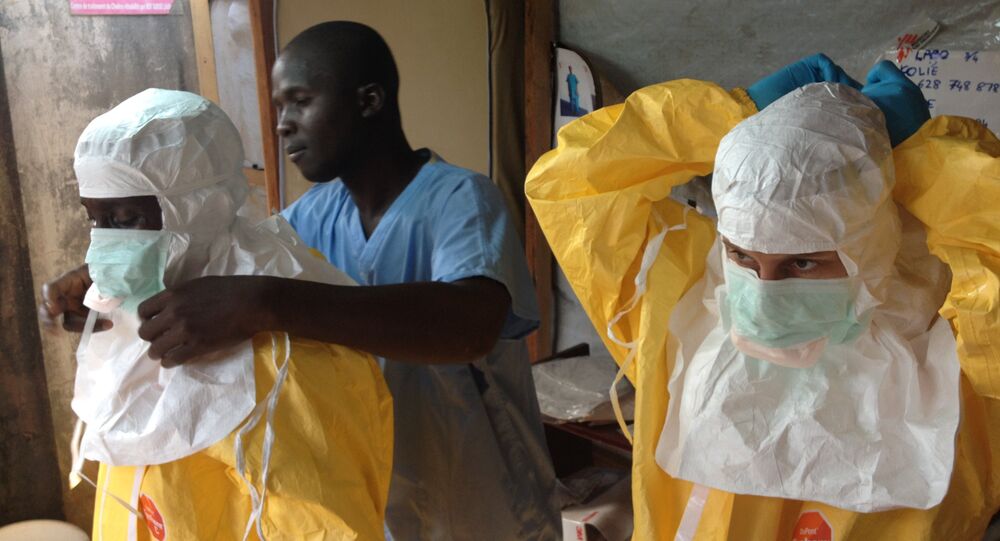 Why Is The Fight Against Ebola Taking So Long?

The World Health Organization initially reported on the latest Ebola outbreak in May. Eight months later, and with a new outbreak in Mali, the deadly virus is still a threat to humanity, with even doctors showing concern over taken measures.

As many as 18,000 California nurses started a 2-day strike on Tuesday demanding proper training and safeguards against Ebola.

The medical workers, who are contractors for local health provider Kaiser Permanente, are concerned over declining patient-care standards and say that the company’s medical facilities aren’t prepared for possible Ebola cases.

The US has declared itself “Ebola free” with the release on Tuesday of Doctors Without Borders volunteer Dr. Craig Spencer from a New York Hospital.

Meanwhile, the fight against Ebola in West Africa continues and the spread of the disease to other countries is still possible.

Despite the promises of politicians and various organizations to stop the epidemic raving one of the poorest regions of the World, Ebola doesn’t seem to be losing much ground.

We’ve focused on two main reasons why it’s taking so long to combat the deadly disease in West Africa.

© AP Photo / Abbas Dulleh
A health worker, right, sprays a man with disinfectant chemicals as he is suspected of dying due to the Ebola virus as people, rear, look on in Monrovia, Liberia

“There are people, villages, towns, areas that are not getting any type of help right now and we definitely do not have the response capability on the ground now from the international community, from the world, to defeat this disease yet, it’s not here yet. We need more resources, so we can cover more areas, so we can defeat the disease wherever it is” said Tony Banbury, the Head of the UN Mission for Ebola Emergency Response, in an interview to BBC.

“Of the 4,707 Ebola treatment center beds needed in the three heavily affected West African countries, only 22% are currently operational”, the WHO reported last week. “One of the biggest obstacles to opening more beds is the lack of skilled staff trained in infection prevention and control.”

Meanwhile, the number of patients infected with the disease is growing much faster than the number of medical personnel. Experts say the case incidence per week is at about 1000 people.  Moreover, medical workers reportedly represent up to 10 percent of Ebola cases and deaths in some places.

© AP Photo / Abbas Dulleh
Health workers carry the body of a woman suspected of contracting the Ebola virus in Bomi county situated on the outskirts of Monrovia, Liberia

Battling the consequences, but not the spread of the disease

Failing to focus adequate resources on stopping the spread of Ebola turns the fight with the deadly virus into tilting at windmills.

Those infected with Ebola are often not allowed into crowded hospitals and are left to wait outside clinic gates for days. For some, this becomes a death sentence.

There are also a number of locals who refuse to go to a hospital, instead preferring treatment by traditional healers. Some indigenous beliefs even cause many to deny the very existence of Ebola.

Traditional burial rituals significantly add to the spread of the disease, which is transmitted through contact with bodily fluids.

"Whole communities have disappeared but many of them are not in the statistics," Rony Zachariah of Doctors Without Borders told AFP.

However, if approved, simply throwing money at the problem may not necessarily solve it, as critics of current anti-Ebola efforts suggest the world’s richest country could have already defeated the virus — if the disease was a direct threat to the country.