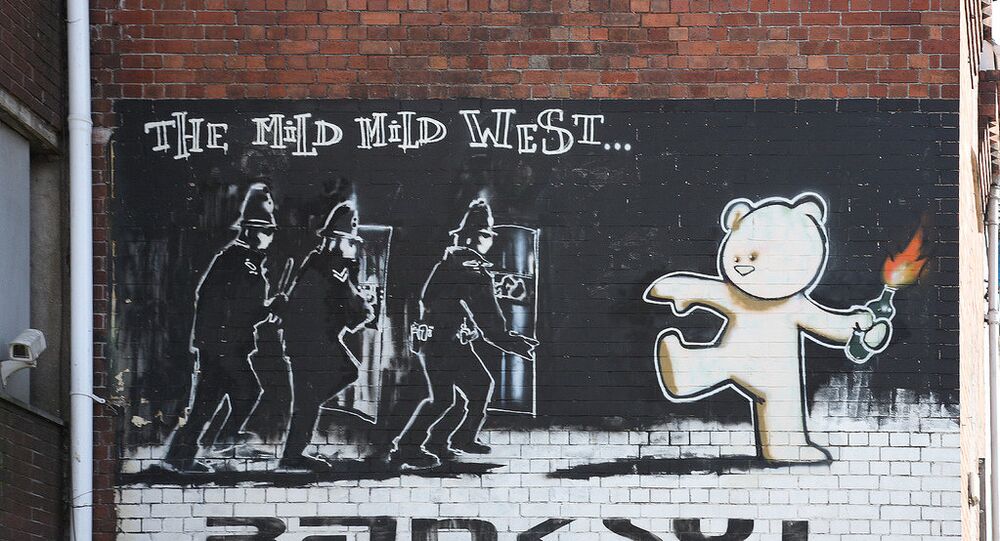 Does the West want Russia to turn East?

David Cameron was right in his Mansion House speech: sanctions against Russia are biting deep.

As the British Prime Minster said, capital is flying out of Russia, the banks are short of finance, the Moscow stock market and the rouble have fallen sharply and growth estimates have been slashed.

On the same day as Cameron made his speech, Russia’ second biggest bank, VTB, threatened to leave the London Stock Exchange if Western sanctions prevent it from raising capital in the West’s financial markets and warned it is now looking to pivot towards China as are many of Russia’s other big companies.

Yet it’s not only Russia that is being hurt by sanctions; nearly half of Russia’s trade is with the EU. Here’s just a flavour of how deep the sanctions are hurting: Danish brewer, Carlsberg, which sells more than a third of its beer in Russia, reports a drop in third quarter profit as the rouble falls sharply amid the fallout of the Ukraine crisis;  the UK retailer, New Look, is pulling out of Russia and closing all 20 of its Russian shops and six Ukrainian stores while UK’s oil giant BP reported a profits down by a fifth in the third quarter of the year.

And it’s bad news for the UK — and British pensioners — if BP’s situation continues to deteriorate. The oil giant owns nearly 20% in Rosneft and net income from the stake in Russia’s state-owned oil company has already collapsed to $110m from $808m in the same period last year.  Income from BP's Russian investments has provided billions in dividends for its investors — and therefore UK pensioners.

German companies are hurting the most. Indeed, they are hurting so much that the country’s top industrialists are lobbying Chancellor Angela Merkel to soften if not end the embargo against Russia.  It’s a powerful lobby – trade between Germany and Russia is estimated to be $59 bn a year. Industrialists such as Heinrich Weiss, head of SMS engineering and a former chairman of the Christian Democrat’s economic council and Hans Wall, a street furniture business tycoon, are said to be threatening or have switched support from Merkel’s CD party to her rival, the Eurosceptic Alternative for Germany (AfD) party which is implacably against sanctions.

By comparison, the UK is a small trading partner but until the troubles in Ukraine, Russia was Britain’s fastest growing export market. In 2013, total British exports to Russia were $5bn with Russian exports to the UK at just over $8bn although over recent years it’s estimated the UK has invested $25bn in direct foreign investment into the country – and $9bn coming the other way.

While British exporters have been hit by the sanctions on Russian banks, oil and defence companies, the damage is not as bad as many fear. Trevor Barton, executive director of the Russo-British Chamber of Commerce, which has more than 400 British and Russian members, is sanguine about the prospects for trade between the two countries for companies not affected by sanctions. Luxury goods makers such as Burberry and car manufacturers such as Land Rover Jaguar are still doing good business as are many hi-tech companies, for now, he says. Legal and accountancy services are also going strong as are companies involved in projects such as helping building the stadium or other projects for the 2018 World cup in Russia then companies have not been affected.

Barton says: “The media doesn’t talk about this because they only want to write about the negatives but there is good business going on between the two countries in many sectors. Don’t forget the UKTI is still operating in Moscow and encouraging UK business to export and invest and despite the Ukrainian situation, many still see Russia as an attractive market.”

However, Barton concedes that if sanctions on the three key sectors continue and are widened, then there will be a serious impact, particularly  on professional services, that are starting to suffer from the lack of deals and capital being invested in Russia. “

Yet sanctions are such a blunt instrument there are always unintended consequences and unintentional impact, particularly on the personal level for the man in the street; families in the UK have to send parcels via Helsinki to relatives in St Petersburg because British postal services will not take their post. Yet Russian potash oligarchs are allowed to build fertiliser plants – financed by Russian banks — in Louisiana in the US without impunity. How do you explain that?

There’s another far more pervasive impact than the crude headline economic numbers: whatever your view on the latest events in Ukraine, this latest debacle has revived a regrettable atmosphere of suspicion and fear of a new ‘Cold War’ which has crept back into business relations between European businessmen and women and their Russian peers.

One prominent UK businessman, who works with the UK government on helping promote the life sciences sector in Russia, says sanctions have brought fear back into doing business and fears this new ‘Cold War’ mentality may set enterprise back by a decade.  “Russia is a commodity based economy which relies on its oil and gas resources. Bt it also has an emerging and educated middle class who want middle-class products and jobs but the Russian economy – and its top down approach – has not created enough jobs for them.”

Sadly, he adds that one of the benefits of the last decade of knowledge transfers between the West and Russia is what he calls  ‘reverse translation’ – the transfer of Western skills to Russia between academia and business which has helped many of the highly educated Russians – may be destroyed because of the bigger geo-political game being played out between the West and Russia.

In a recent article for the Centre for Research on Globalisation the Canadian independent research group, Professor James Petras argues that part of Russia’s problem is that the country’s oligarchs too dependent on Western markets, finance and technology and have done little to develop domestic markets, implement self-financing by re-investing their profits or upgrade productivity via Russian technology and research.  Petras claims that instead of turning West and offering support for US-NATO wars, Russia would have been able to resist sanctions and current military threats if it had diversified its economy and markets toward Asia, in particular China.

Ironically, the West’s latest sanctions may be doing President Putin’s work for him and are providing the catalyst for turning east. VTB is not the only Russian company looking to China – leading Russian mobile operator, MegaFon, has recently secured a $500m loan from China Development Bank to develop its mobile networks because it’s so worried that access to finance is drying up while Chinese banks recently agreed credit lines of more than $4.5bn to other Russian banks and companies which have been frozen out of Western markets by sanctions. Is that what Cameron and his EU allies want to achieve?