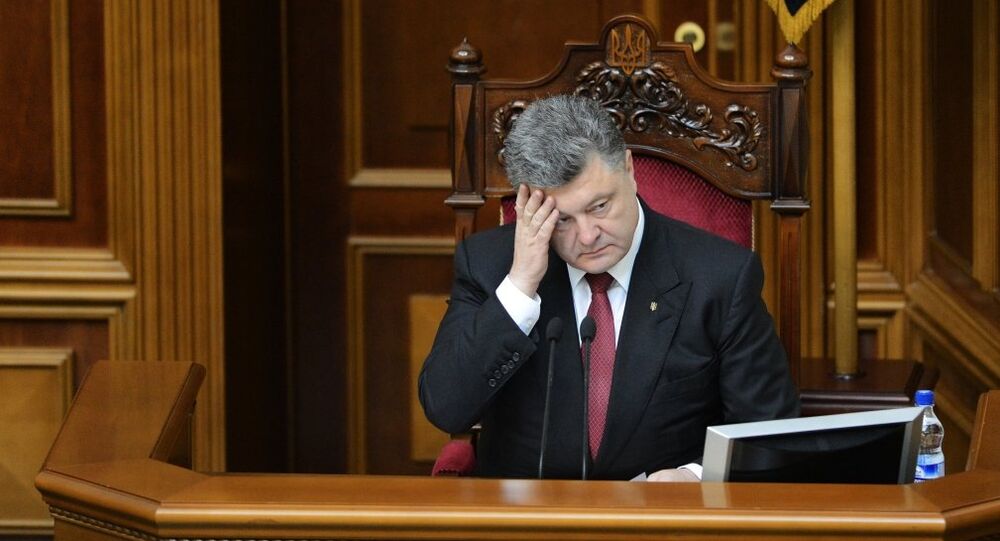 Media reports coming out of Brussels suggest there is some fatigue at the top of the EU when dealing with Ukraine. EU generosity in waiving import duties and funding gas supplies from Russia may be being abused, some EU officials suggest.

Reuters is quoting a senior EU official who said that some in Ukraine's elite may be colluding with Moscow in fixing the price of Russian gas for Ukraine which the EU has agreed to pay for. "The Ukrainians are manipulating the EU," a senior EU official involved in negotiations told Reuters, saying the bloc was "waking up" to a need to better defend its own interests.

Such views are dismissed as "absolute nonsense" by Ukrainian representatives who insist Kiev is negotiating with Brussels in good faith.

But Domitilla Sagramoso, lecturer in security and development at King's College London, says she would not be surprised if there was some frustration at the EU with the pace and direction of Ukraine's travel. "It was quite difficult to negotiate with many East and Central European countries, says Dr. Sagramoso, the 1990s were full of frustration on the part of the EU, and Ukraine is not unique in this sense".

Some Central European countries may find such unflattering parallels decidedly misguided. Reuters is quoting Vaclav Baruska, the Czech Republic's energy security envoy, as having said, "when we wanted to… become members of the EU… we changed ourselves… We did not ask the EU to pay us to actually change."

Dr. Sagramoso agrees it would have been better to avoid a situation when the EU has to pay Russia on behalf of Ukraine. "This may create a risk of collusion between Ukraine and Russia to raise the price of gas if it is the EU who pays", she says.

A deal between the EU, Russia and Ukraine reached in late October allowed for the resumption of Russian gas supplies to Ukraine for the winter months. The most difficult thing for EU was to guarantee that Ukraine would have cash to pay for Russian gas supplies and settle its billion dollar debt for the gas already delivered. But this was a stop gap solution and new talks will need to resolve the issue on a permanent basis.

The worry in Brussels is that next time the EU will be negotiating with the Ukrainians and Russians, they would be sitting at the same side of the table.

Dr. Sagramoso accepts that historically and culturally it may be easier for Ukrainian businessmen to deal with their Russian partners than with EU businesses, what with their demands for greater transparency and accountability. The Ukrainians need to change their old and cosy ways if they are to be accepted by the EU as an equal partner but this may take a while, says DR. Sagramoso.

In the meantime, Ukrainian businesses are enjoying the best of both worlds. The EU has lifted duties on imports from Ukraine but allows Kiev to keep its tariffs to protect its home grown businesses that also trade freely with Russia.

This was exactly what the ousted Ukrainian president Yanukovich was trying to achieve and for what he paid a heavy price. His replacement is making hay on this part of his legacy, but politicians in EU capitals are wary of writing any more blank checks to Kiev at a time of austerity at home.

"The EU deal is a temporary measure to give respite to Ukrainian industry and agriculture, argues Dr. Sagramoso.  But in the long run Ukraine will have to open up its own market as well. This will probably take them, to be honest, quite a long time because Ukrainian economy needs structural reforms."

Reforming inefficient industrial monsters that consume a lot of gas and employ thousands of people would not be easy, says Dr. Sagramoso. While there is broad consensus among Ukrainians about their aspirations to join the EU, there is similarly uniform opposition to painful economic reform.

President Poroshenko and his government brought to power as a result of the Maidan protests may well understand that a full implementation of EU's tough demands may bring about yet another uprising, a phenomenon that has been almost a permanent fixture in Ukraine ever since its independence 23 years ago. The so-called EuroMaidan that began a year ago this month, was the fifth mass protest to achieve an immediate change of guard at the top. But the previous four failed to spawn any reforms whatsoever.

Another factor exacerbating the difficulties of reforming Ukraine's industries is that most of them are based in the war-torn areas of East Ukraine and, until peace there is restored, any meaningful changes are nigh on impossible.

In the meantime Ukrainian oligarchs will continue to uniquely enjoy "free trade from Lisbon to Vladivostok", an EU diplomat told Reuters, adding "the more we give them, the more they ask for."

No wonder there is "Ukrainian fatigue" in Brussels.