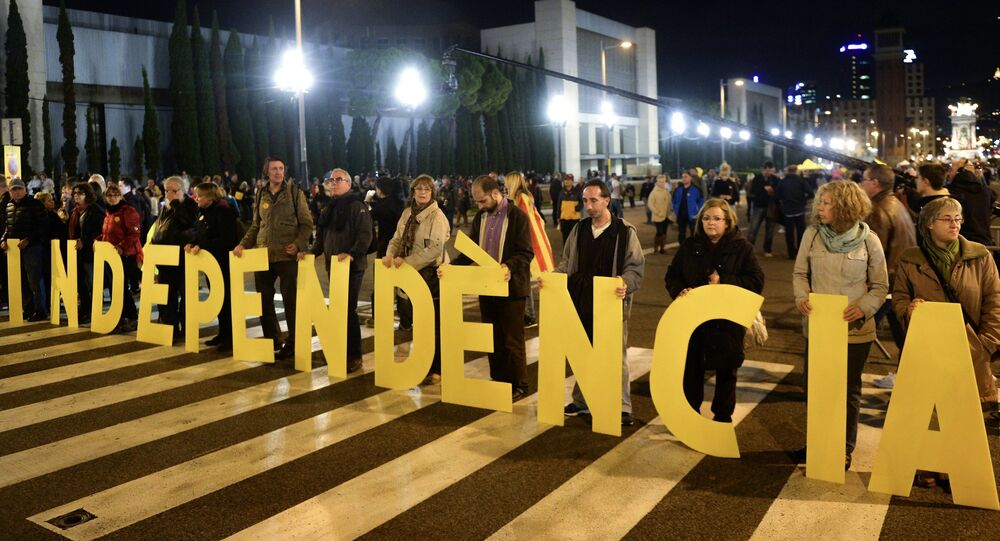 2014: A Year of Secession - Venice, Scotland, Crimea, Catalonia and… Miami?

The year 2014 may go down as the year of secession votes. From Veneto - the Italian district known best for the canalled city of Venice - to Scotland and now Spain’s Catalonia, regions around the world are asking themselves if its time to stake out on their own.

Even Miami is getting into the game and looking to break away from the Sunshine State worrying some in Washington that they may have to find a place for a 51st star. That effort may be a dead end (in more ways than one — more on that later) but serious movements are afoot elsewhere in the world starting with…

The Spanish district of Catalonia held a plebiscite to decide if residents want to secede from Spain taking the Gaudi city of Barcelona right along with them. Spending a day in Spain’s second-largest city might make you think all of those years of Spanish study were for nought. They weren’t; residents there are speaking Catalan, a completely different language. Their distinct culture drives much of the desire for an independent state but the region is also one of Spain’s wealthiest making up about 20 percent of Spain’s gross domestic product.

© REUTERS / Andrea Comas
10 Years Without Arafat: Palestinian Independence Icon
21
Nearly two million of the 5.4 million eligible voters cast their ballots two hours before polls closed and polling showed overwhelming support. Although more than 80 per cent Catalan voters opted for independence, this particular move won’t get them there. The Spanish Constitutional Court suspended the official vote making the effort symbolic. The decision came after the Court agreed to hear a challenge by the national government in which Madrid called the poll unconstitutional.

While Catalonia’s vote may be purely symbolic, the referendum held just two months before was binding in what many are calling a political gaff by David Cameron who condoned the poll only later to speak out against the pro-independence lobby. Despite the fact the vote was binding, however, the United Kingdom stayed in one piece.

In another unofficial referendum, this one in March, the Italian region of Veneto went to the polls and, according to pro-independence organizers, overwhelmingly voted to breakaway from Rome. Best known for its capital Venice, Veneto’s population of 5 million makes it the fifth largest in the Mediterranean country.

Organizers claim 73 percent of the electorate took part and 89 percent of them voted for independence and they still plan on using the results to craft a legal referendum on the issue in the future. Veneto is one of the most economically productive regions in Italy, but like most of its northern neighbors, a significant portion of its people feel cheated by the central government in Rome. For example, they only receive five euros back in services for every seven euros they pay in taxes. Judging by the huge crowds that came out in support of Venetian independence after the unofficial referendum, the issue does seem relatively popular, but it is unsure exactly how far the people are willing to go in making it a reality.

Also in March, the now-former Ukraine region known as Crimea held its own plebiscite and declared itself a sovereign state before then joining the Russian Federation. Unlike in the aforementioned votes, Crimean voters acted following a coup and change in administration in the Ukrainian capital of Kiev prompting the Russian majority in Crimea to organize the referendum.

According to the head of the Crimean parliament’s commission on the referendum, Mikhail Malyshev, 81.3 percent of the eligible voting population participated. The European Union and the United States called the referendum invalid.

And then, of course, there is that rebellious breakaway region of South Florida. To be clear, the southern half of the panhandle state isn’t looking to create the world’s newest nation and form a standing army of sun-bleached blonde models and Disney characters (Orlando would be in the newly created state). Rather, they are looking to establish America’s newest state with its own legislative body and the ability to protect itself from an encroaching force:  the ocean..

South Miami officials are upset that the northern part of the state isn't doing enough to help their southern brethren deal with rising water levels, which may be between three and six feet by the end of the century. That kind of rise means a South Florida lost to the sea so, one way or another, it won’t be under the jurisdiction of Tallahassee in the not-too-distant future.