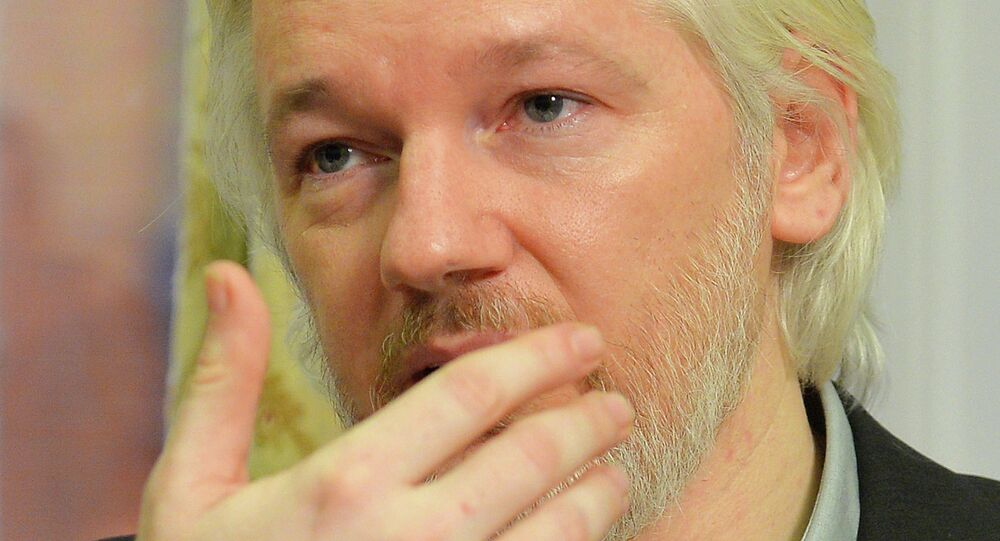 Google is not just an internet company any more, but a huge all-encompassing monopoly closely involved with the political agenda of the United States, WikiLeaks co-founder and Editor-in-Chief Julian Assange said in an article published in Newsweek.

MOSCOW, October 25 (RIA Novosti) – Google is not just an internet company any more, but a huge all-encompassing monopoly closely involved with the political agenda of the United States, WikiLeaks co-founder and Editor-in-Chief Julian Assange said in an article published in Newsweek.

The article, in which Assange reveals Google’s connections with the White House, is based on the author’s encounter with Google’s chariman Eric Schmidt.

As Google’s domination of the Internet world and cyber technology grows, the company is quickly becoming the primary outlet for information for many people. “Its influence on the choices and behavior of the totality of individual human beings translates to real power to influence the course of history”, Assange said.

In 2003, the Bush administration secretly authorized the US National Security Agency (NSA) to spy on Americans and foreign citizens in search of evidence for potential terrorist activity without court-approved warrants required for domestic spying, effectively violating the Foreign Intelligence Surveillance Act (FISA), the New York Times reported. Google, meanwhile, had accepted $2 million from NSA to provide the agency with search tools and software to parse gathered information, Newsweek said.

The following year, Google took over Keyhole, a mapping tech company also co-funded by the National Geospatial-Intelligence Agency (NGA) and the Central Intelligence Agency (CIA), and soon developed the technology into Google Maps. Furthermore, Google helped to launch an NGA spy satellite into orbit in 2008. Google now shares photographs taken from the satellite with the US military and intelligence services, Assange revealed to Newsweek.

In 2012, Google made it into the list of top spending White House lobbyists with a total of $18.2 million spent, more than Boeing, Royal Dutch Shell and Lockheed Martin.

“What Lockheed Martin was to the twentieth century, technology and cyber-security companies will be to the twenty-first”, Schmidt said in 2013, as quoted by the New York Times.

Google receives support from the White House and State Department. In return, the company does things that even the CIA cannot do, Newsweek said.

Although the company cultivates the image of “philanthropic enterprise”, whose idea is to “organize the world’s information and make it universally accessible and useful”, in reality, Google is uncomfortably intimate with the United States government and its political agenda, Assange said.

As Google is quickly gaining an ever growing share of global Internet use, it should be a serious concern to everyone; otherwise, in the future will embody nothing, but American cultural, economic and political hegemony, Assange concludes.