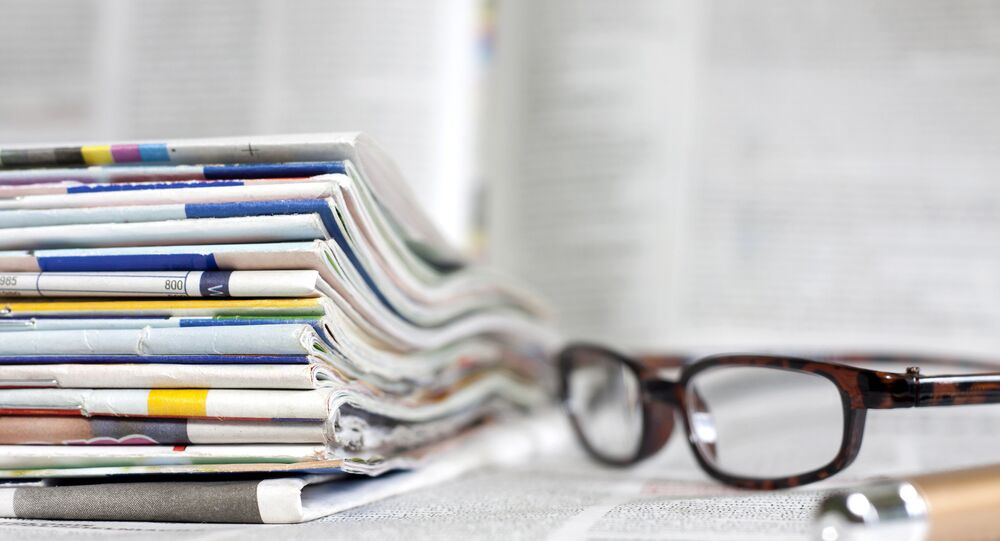 Traditional emphasis on free speech under threat from universities feeling the pressure of competition.

MOSCOW October 21 (RIA Novosti) - Student newspapers in the UK are being put under pressure by their institutions and even student unions not to publish unfavorable articles, the Guardian reports.

In one example, the former editor of Plymouth University’s student newspaper had a meeting with university staff in which she was warned not to “pursue stories that portrayed the university in a bad light,” and was also sent an email in which a union official wrote “Some things are sensitive for business reasons. Stage 3 dismissal from university or suspension.”

Another former student of Durham University, likewise now working for a different publication, also told the Guardian of his experiences of censorship at the institution, where he was reprimanded for printing articles about a business deal with British American Tobacco, and about a newly appointed professor who was said to have close links with a son of Muammar Gaddafi, Saif al-Islam.

The cases highlight the strong links between university unions, which by and large own the newspapers, and the university management. The latter can put pressure on union committees to complain about media coverage, with committee members themselves reluctant to rock the boat with those who teach them and in such a way jeopardize their future career prospects.

These revelations are one of the responses to new demands placed on universities as they are forced to balance commercial interests with their supposed adherence to ideals of free expression. The Guardian quoted  Professor Richard Sambrook, director of the Centre for Journalism at Cardiff University as saying “Universities are in favor of academic freedom and freedom of speech, so it is against their core values to sit on someone who is trying to do investigative journalism, however uncomfortable that might be.”

British universities in recent years have become subject to new demands due to the increasing commercialization of the education sector, which is becoming more reliant on income from private sponsorship and tuition fees in the wake of public funding cuts. Since being introduced in 1998, undergraduate tuition fees in the UK have increased from an initial £1,000 to their current level of £9,000 a year.