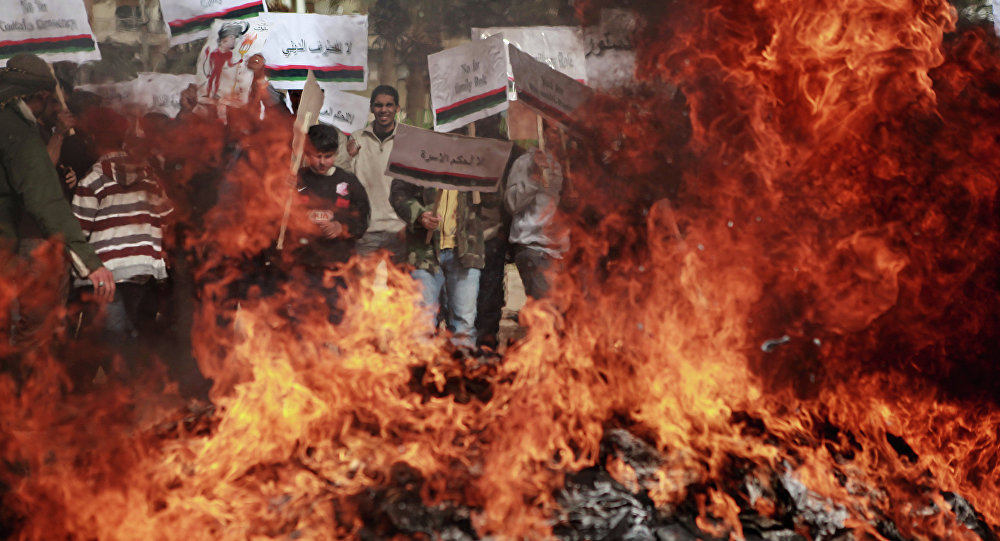 The West, including the United States and NATO are responsible for the murder of former Libyan leader Muammar Gaddafi, former Soviet Ambassador to Libya and Head of the Russian Diplomats' Association Pogos Akopov said Monday.

MOSCOW, October 20 (RIA Novosti) – The West, including the United States and NATO are responsible for the murder of former Libyan leader Muammar Gaddafi, former Soviet Ambassador to Libya and Head of the Russian Diplomats' Association Pogos Akopov said Monday.

"We [Russian diplomats] made a clear assessment, that Muammar Gaddafi's murder is the work of US-led western countries. The internal processes [in Libya at that time] should not be discounted, of course, but the West, the United States played a key role," Akopov said at a round table held at Rossyia Segodnya News Agency and dedicated to the third anniversary of Libya's leader Muammar Gaddafi death.

The former Ambassador to Libya stressed, that a colossal period of time is needed to restore peace and stability in the country .

"Gaddafi managed to unite the people, while now we see exactly the opposite process in Libya," Akopov added.

Mass protests erupted in Libya in mid-February 2011, with protesters demanding that Muammar Gaddafi, who by that time had ruled the country for over 40 years, to step down. Later the protests grew into an armed confrontation between government forces and the opposition.

The hostilities resulted in Gaddafi's opponents imposing control over almost all of the country. In August of that year, with NATO air support, they seized the capital, Tripoli.

Muammar Gaddafi was killed in the environs of Sirte on October 20, 2011, along with his son Mutasim when his motorcade came under NATO air attack while trying to flee.

Wounded Gaddafi hid inside a nearby drainage facility but his hideout was discovered by a unit of the National Transitional Council and he was taken prisoner. Gaddafi and Mutasim are believed to have been tortured before they were killed.

Libya is currently facing its worst wave of violence since the 2011 overthrow of Gaddafi and the subsequent civil war. The ensuing power vacuum has allowed numerous militias in the country to run rampant.

According to Libya Body Count data, the violence in the country has claimed the lives of over 1,800 people in 2014 alone.