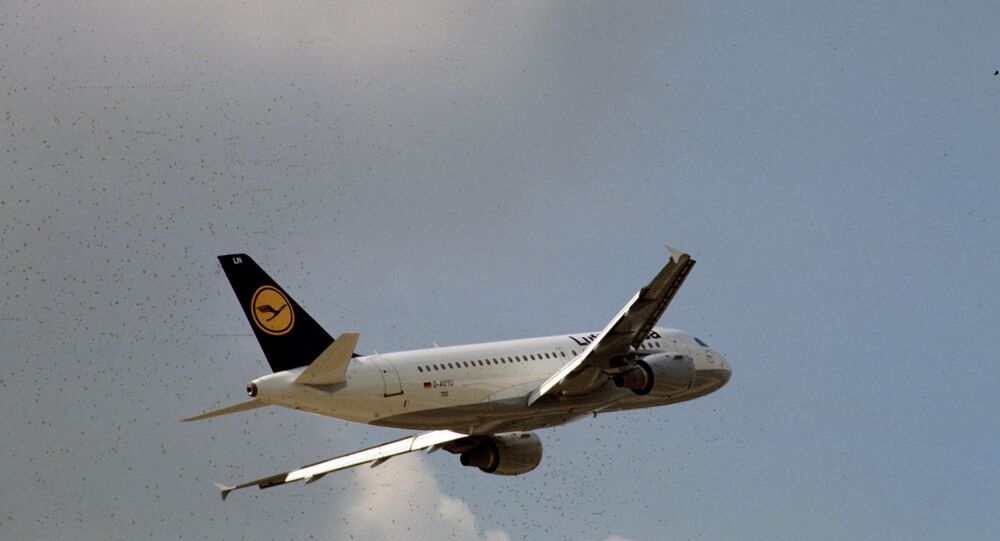 Germany's airline Lufthansa said Sunday it would have to ground some 1,450 flights over the pilots union strike, scheduled for Monday and Tuesday.

MOSCOW, October 20 (RIA Novosti) — Germany's airline Lufthansa said Sunday it would have to ground some 1,450 flights over the pilots union strike, scheduled for Monday and Tuesday.

The strike initially threatened to cancel 2,150 flights and affect more than 200,000 passengers, but the Europe's largest airline said later it managed to find substitute pilots, who would help it out with 700 flights.

The strike will start at 11 a.m. local time (9 a.m. GMT time) on Monday and will affect Airbus-320 and Boeing-737s flights. Medium and short-distance flights will be hit the most, Reuters said.

The Vereinigung Cockpit pilots union said Sunday it was "sorry for the inconvenience to passengers," and called on Lufthansa, which is the flag carrier of Germany, to "make an effort to find a solution to the tariff dispute."

This is not the first strike of Lufthansa's pilots in the last few months. Pilots protest against proposed changes in company's current retirement benefits. Under the existing rules, Lufthansa pilots can retire at the age of 55 and receive 60 percent of their salary, but now the company said it would make changes as the European Union revised the pilot-licensing rules, allowing them to fly until the age of 65.