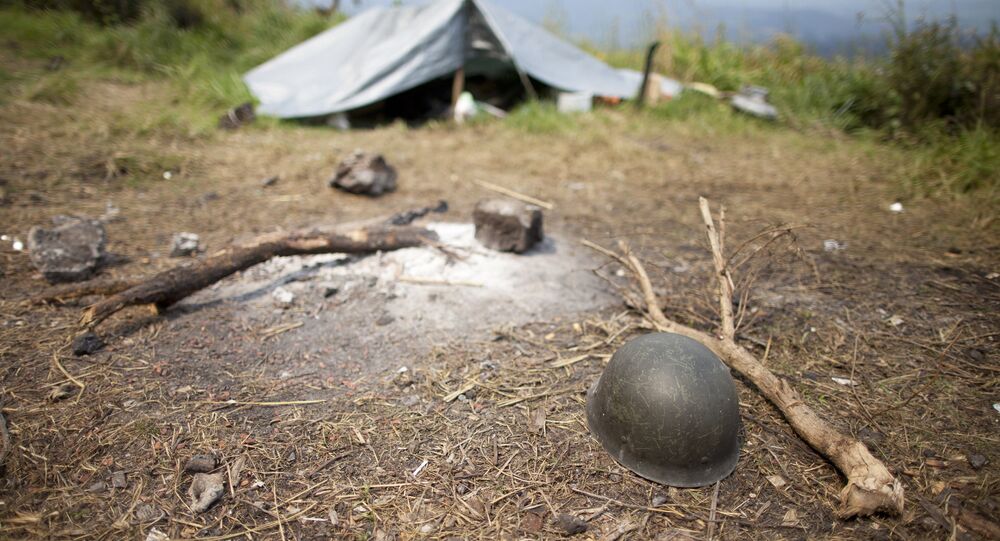 New massacre has taken place in Democratic Republic of Kongo with 20 people killed in the outskirt of Beni.

MOSCOW, October 18 (RIA Novosti) - Militants have killed some 20 people in the Democratic Republic of Congo in the second massacre in two days on the outskirts of Beni, a local pastor said Saturday.

Victims, predominantly women and children, were killed with guns, machetes and axes in the village of Eringeti, a local pastor told BBC News.

The attack has been blamed on a Ugandan Islamist group, the Allied Democratic Forces (ADF), however a local official could not confirm the allegation, according to BBC News.

The massacre is the second in the area after a group of men armed with machetes and hatchets attacked two neighborhoods, Bgadi and Kadowu, near Beni on Wednesday night leaving some 30 dead and dozens injured. These earlier attacks were blamed on the ADF by the governor of North Kivu, Julien Paluku, and the non-governmental group, Civil Society of North Kivu.

The ADF is based in the eastern Democratic Republic of Congo, where many armed groups have wreaked havoc over the past two decades. The group was formed in 1996 by a puritanical Muslim sect and recently established ties with Somalia's al-Shabab militants, according to the UN. All attempts to defuse violence in the country's eastern regions have failed and some 70 people have been killed within the last two weeks as a result of brutal attacks.