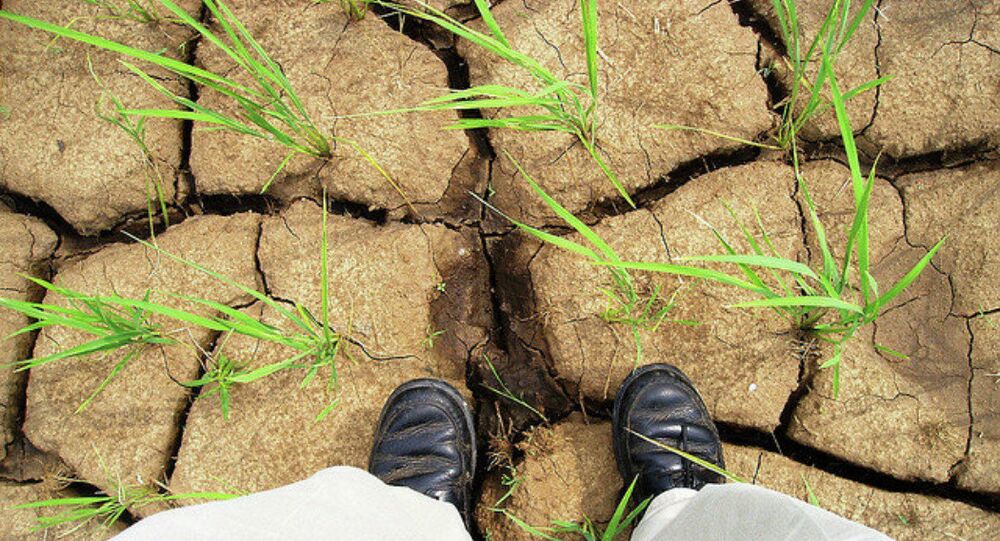 Sao Paulo, Brazil, is experiencing a severe water shortage as the state is suffering from its worst drought in 71 years.

MOSCOW, October 18 (RIA Novosti) —The Brazilian state of Sao Paulo is facing a massive water shortage due to extremely dry weather conditions, as Friday temperatures reached their highest in eight decades. While some of the state’s 44 million residents’ taps are running dry, others have been forced to comply with strict water usage restrictions.

The principal issue is that the region’s main source of water, the Cantareira reservoir, has been drained to only 3.9% its capacity, as reported by Bloomberg. The four-lake Cantareira complex may run completely dry at some point between November and March, according to some estimates, as quoted by Al-Jazeera.

The city of Sao Paulo, Brazil’s financial center, has about 20 million residents, making it the largest city in the southern hemisphere and Latin America’s largest metropolitan area. It may completely run out of water as early as November unless the last water reserves of Cantariera are tapped, Bloomberg reports. Yesterday Sao Paulo’s utility provider, Sabesp, won a lawsuit which will allow the city to withdraw water from so-called “dead reserves“, pools of sediment water located in the middle of the Cantareira system. The regulatory authorities previously expressed concerns that the usage of these “dead reserves” could constitute the mismanagement of the water supply. The court ruled that the city can pump water reserves from the sediment “ensuring the supply until March”, as quoted by Bloomberg, in order to prevent “harming the economy and public health”. However, regulatory approval is still necessary so that Sabesp may begin to tap sediment water.

This year’s World Cup also contributed to the current water shortage in Sao Paolo, Al-Jazeera reports. In May, just before the international sporting event, water levels in the Cantareira were about 10%, while normally the system contains 20% of its capacity. Now that there hasn’t been almost any rain in the intervening period, the water reserves have been exhausted critically.

Some local residents are even considering re-using sewage water to flush their toilets. Another option is to utilize obscure and long-abandoned sources of water, which, however, may create health concerns.

The presidential elections are now underway in Brazil, with the second-round runoff between acting President Dilma Rousseff and her main opponent Aecio Neves slated to take place on 26 October. Neves’ Social Democracy Party (PSDB) has governed the state of Sao Paulo for 13 years, and Rousseff has recently stated that Neves’ party is leaving the state “without water”. However, residents of Sao Paulo do not count on there being any government action to relieve them of the water crisis.

"I don't care what the politicians say,” a local resident who has been left without water for 10 days says, as quoted by Al-Jazeera. “Here it’s only about survival and for that we can only help ourselves”.