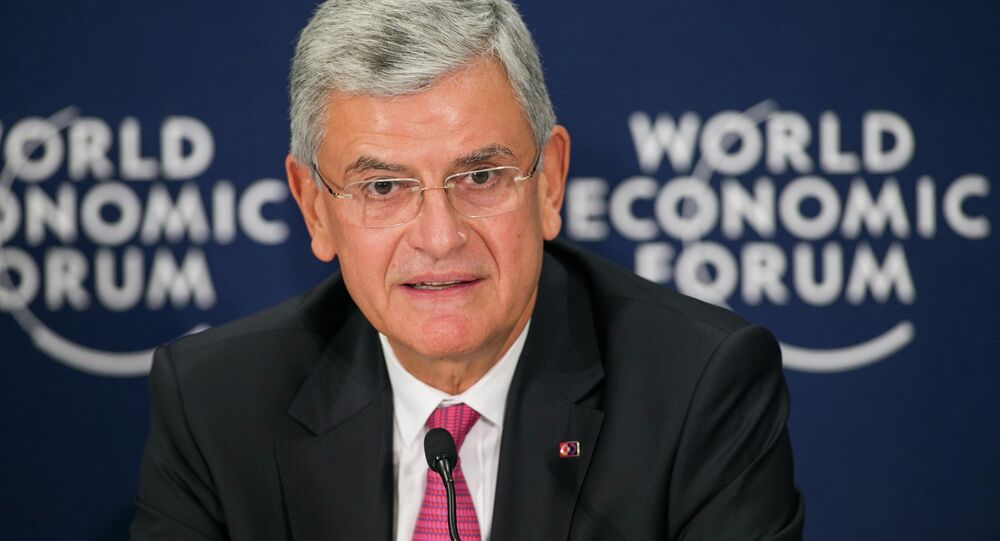 Turkey Suggests Training, Equipping Syrian Opposition on Its Territory to Defeat IS

Turkey has suggested training and equipping Syrian opposition forces together with its partner states on Turkish soil to help them fight the Islamic State (IS), Turkish Minister for EU Affairs Volkan Bozkir said Thursday.

According to the minister, Ankara suggests "using special forces that are already in Syria."

"We can separate opposition forces from al-Nusra, al-Qaeda, IS and Hezbollah, and those who are really trained to fight in specific conditions may come to Turkey, we can train and equip them together and send them to solve the problem of the Islamic State once and for all," Bozkir said speaking to the European Parliament.

The minister added that Ankara suggests "creating a buffer zone after we get rid of the Islamic State in Iraq and Syria, so that it would be possible to send some of the refugees back to their homes."

The IS, also known as the Islamic State of Iraq and Greater Syria (ISIS) or the Islamic State of Iraq and the Levant (ISIL), has been fighting the Syrian government since 2012. In June 2014, the extremist group expanded its attacks to northern and western Iraq and declared an Islamic caliphate on the territories that had fallen under its control. Some 200,000 refugees have crossed into Turkey to flee the IS threat.

A US-led coalition comprising more than 60 countries is currently carrying out airstrikes on the IS targets in Syria and Iraq.

Turkey was initially unwilling to actively participate in the anti-IS coalition's operations, refusing to join the airstrikes that the coalition has been conducting since September.

On Monday, Turkey agreed to allow the US-led coalition to use its military bases to fight against the extremist group. This decision came after mass riots by the Kurdish population in the southeastern provinces of the country last week against Ankara's policy of non-interference in the conflict in Syria.