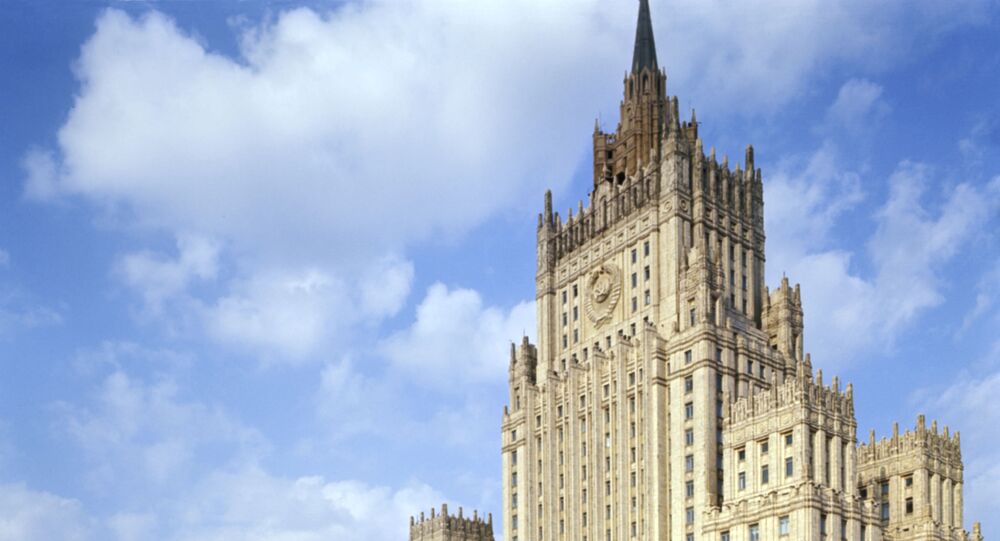 Moscow Determined to Fight Terrorism, But Not As Part of Non-UN Coalition

Russia will continue to fight with determination against terrorism, but will not join any coalition created outside the UN Security Council mandate, the Russian Foreign Ministry said Thursday.

MOSCOW, October 16 (RIA Novosti) – Russia will continue to fight with determination against terrorism, but will not join any coalition created outside the UN Security Council mandate, the Russian Foreign Ministry said Thursday.

“Russia has long been fighting terrorism in a consistent manner and has been helping countries facing a terrorist threat, including by strengthening defense capabilities of Syria, Iraq and other countries in the region. Russia will continue this effort, but will not join certain “coalitions,” created outside the UN Security Council mandate and in breach of the international law,” the ministry said in a statement.

The United States has been knocking on all doors in an effort to put together an international alliance to fight Islamic State extremists under the aegis of Washington. In September, US President Barack Obama announced the creation of an international coalition, while also saying his country would arm and train Syria’s so-called “moderate opposition.”

Since then, more than 60 countries, including from the Persian Gulf and the European Union, have swelled the coalition’s ranks, conducting airstrikes against IS targets in Syria and northern Iraq.

Russia has multiple times indicated it will not join the US-led campaign, which it says violates international laws and Syrian sovereignty. The Syrian ambassador to Russia earlier admitted that Damascus had been warned about anti-IS air raids on its soil, although no permit was officially granted.

Russian Deputy Foreign Minister Mikhail Bogdanov said in early October that the Kremlin would back a UN resolution on the use of ground forces against Islamic State militants in the Middle East, but only if the campaign had a UN peacekeeping mandate.

He also stressed Russia had been involved in a fierce battle against terrorism for a long time, sending humanitarian aid to Syria and Iraq in an effort to support the local population caught in the midst of violent clashes between insurgents and government troops.