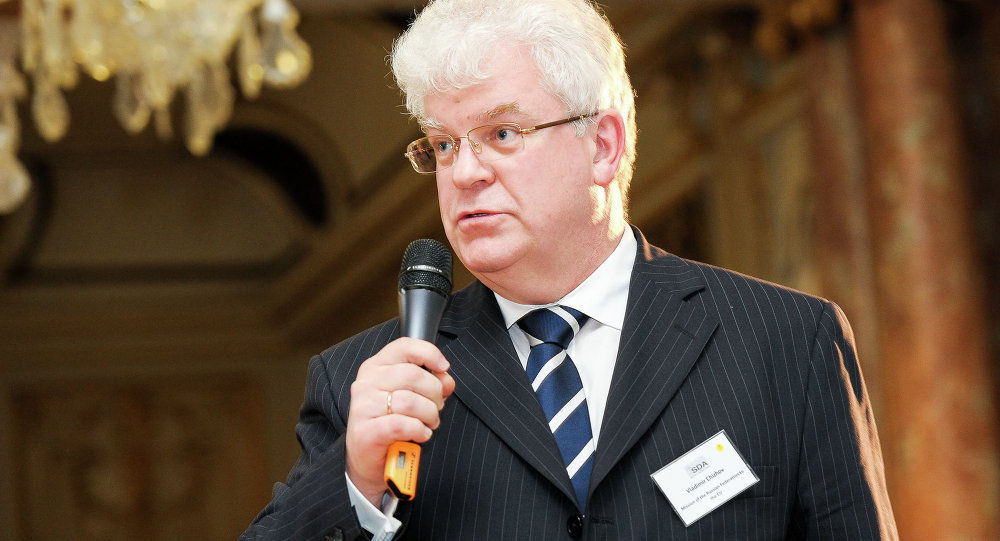 The European Union has failed again to break the vicious circle of sanction mentality by refusing to lift the current sanctions against Russia over Ukraine, Russia's Ambassador to the European Union Vladimir Chizhov said Tuesday.

BRUSSELS, September 30 (RIA Novosti) - The European Union has failed again to break the vicious circle of sanction mentality by refusing to lift the current sanctions against Russia over Ukraine, Russia's Ambassador to the European Union Vladimir Chizhov said Tuesday.

The European Union on Tuesday decided keep in place economic sanctions on Russia over its alleged backing of independence supporters in eastern Ukraine despite some "encouraging developments" in the situation.

"Unfortunately, it is still not happening, despite mounting signals indicating EU's attempts to look at the prospects and review the strategy of development of relations with Russia," Chizhov said, commenting on the EU decision.

"Let's see how our partners will act in the future, but at present we are not really 'inspired' by their behavior," the diplomat said, adding that the EU would most likely return to the discussion of the issue at the end of October.

The European Union, alongside the United States, has introduced several rounds of sanctions against Russia over its alleged involvement in the Ukrainian crisis, an allegation Moscow has repeatedly denied. The latest batch of sanctions targeted Russian energy and defense companies, as well as certain individuals.

On September 25, the foreign ministers of the Group of Seven leading industrialized nations, comprising Canada, France, Germany, Italy, Japan, the United Kingdom, the United States, and the European Union High Representative, said the economic sanctions against Russia could be lifted if the ceasefire in eastern Ukraine holds.

On September 28, Russian Foreign Minister Sergei Lavrov said ultimatums were an inefficient way of communicating with Russia, a country open to cooperation. Moscow also said that sanctions posed a threat to international peace and stability and contradicted the principles of international law.