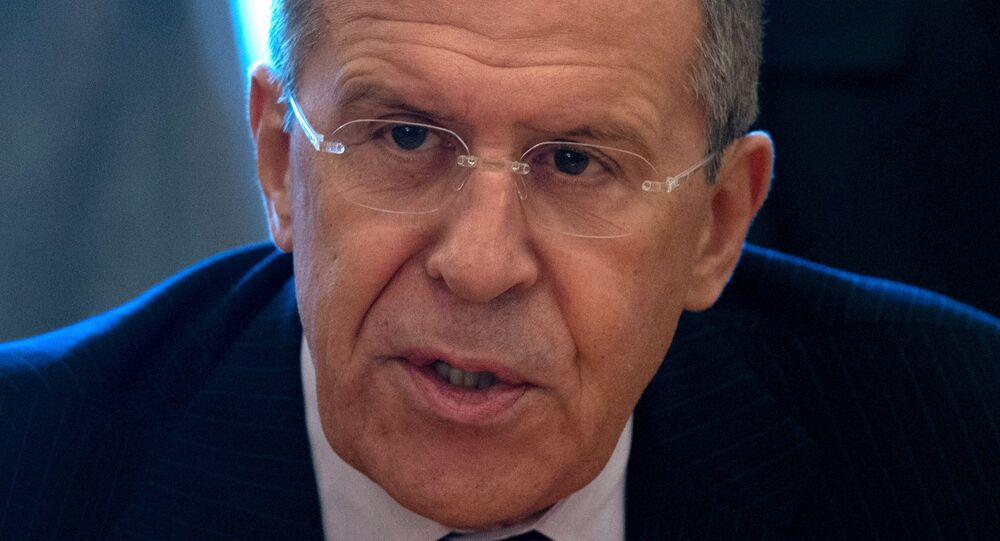 Washington did not listen to Moscow’s proposals to combine counterterrorism efforts, and guided by double standards it had missed the emerging threat of the Islamic State (IS) jihadist group, Russian Foreign Minister Sergei Lavrov said Sunday.

MOSCOW, September 28 (RIA Novosti) – Washington did not listen to Moscow’s proposals to combine counterterrorism efforts, and guided by double standards it had missed the emerging threat of the Islamic State (IS) jihadist group, Russian Foreign Minister Sergei Lavrov said Sunday.

“They [the West] came to their senses – considering the gravity of the situation – only after these horrible scenes of American journalists’ execution were broadcasted on television. This is unacceptable and inhumane ... But why have Americans never noticed this threat before? Because they had been approaching the fight against terrorism with double standards and were not listening to us when we called to join forces and help the Syrian government along with moderate patriotic opposition to form a united front against terrorists who had literally flooded the Syrian Arab Republic," Lavrov said in an interview to Russia’s Channel 5.

"Now that the Islamic state was declared the greatest enemy of the United States, I would like to remind you that these are the same people who got stronger, developed and began to receive big financial support from abroad during the period of regime change in Libya and attempts to make the same in Syria, when ‘no holds were barred’,” the Russian minister added.

“At the time, both the Americans and the Europeans said that they supported the fight against the ’anti-national’ regimes. When we drew their attention to the fact that a lot of extremists and terrorists were fighting on the side of opponents of the regime, we were, in fact, told that ‘this too shall pass’ – let’s overthrow the regime, they said, then we will deal with them. [The West] did not listen to us," the Russian diplomat said.

Now a coalition to combat terrorism is being created, the minister added.

"It’s better late than never. If other Western countries, especially the ones having relevant resources, are ready to help the legitimate government of Iraq, we welcome it. If they want to fight against terrorism in other countries, particularly Syria, of course, they need to get consent of each of the Governments,” Lavrov said.

Russia has "nothing to be ashamed of" in this situation, the Russian minister added.

"We have been helping Iraq, Syria and other countries in the region to build up their capacities for combating this scourge for a long time and without any coalitions. We deliver advanced effective weapons to Iraq, Syria, Egypt and Yemen, which actually strengthens their ability to counter terrorism,” the minister said.

Earlier in September, the United States formed an international coalition in order to fight IS militants. Washington and its allies have already conducted a number of airstrikes on IS positions both in Syria and Iraq.