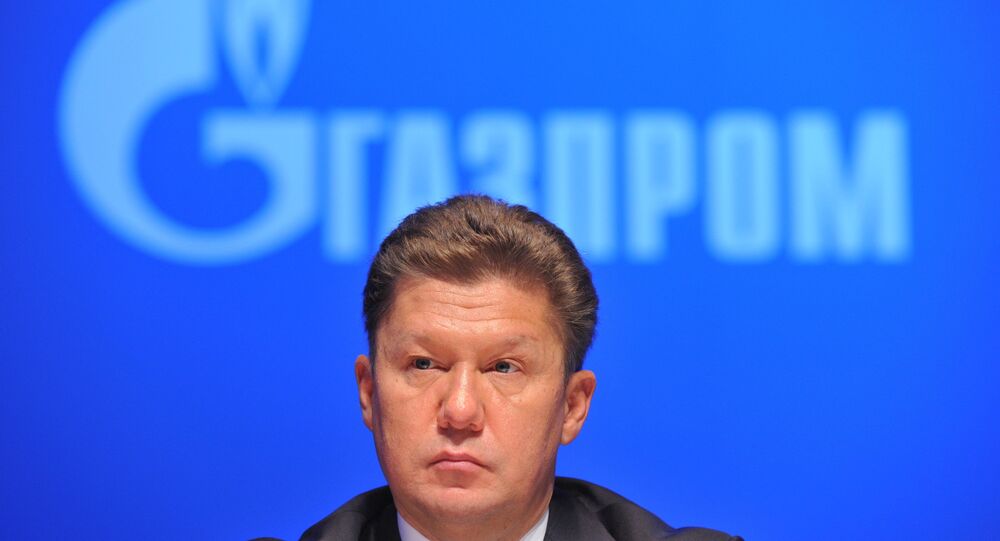 During a meeting with Russian President Vladimir Putin, Miller said that claims of some of the Western customers of periodical reductions in supplies could be referred only to additional volumes.

Miller also said that Gazprom would be able to satisfy the growing demand for Russian gas on Chinese and Asia-Pacific markets without hurting contractual deliveries to Europe.

"We are ready to satisfy the growing demand in Chinese direction, in eastern direction and in the European Union," Miller said.

Earlier on Wednesday, Ukraine's Energy Minister Yuriy Prodan wrote a letter to the European Commission, saying that the country's energy security was threatened by the alleged reduction in Russian gas supplies to Slovakia, which launched reversed deliveries to Ukraine earlier this month.

On September 11, Slovakia's electricity and gas supplier SPP claimed it was receiving only 90 percent of Russian gas transited through the Ukrainian territory. On the same day, Gazprom spokesman Sergei Kupriyanov said the company had not reduced gas deliveries to Slovakia, maintaining the supply at the regular level of 12 million cubic meters per day.

In June, Russia introduced a prepayment mode of gas deliveries to Ukraine over its $5.3 billion debt and warned that it could reduce gas supplies to Europe should Kiev siphon off gas transited to Europe through its territory. On July 1, Russian President Vladimir Putin said, however, that Moscow would not aggravate the situation, although it saw the artificiality of reverse gas supplies from Europe to Ukraine.