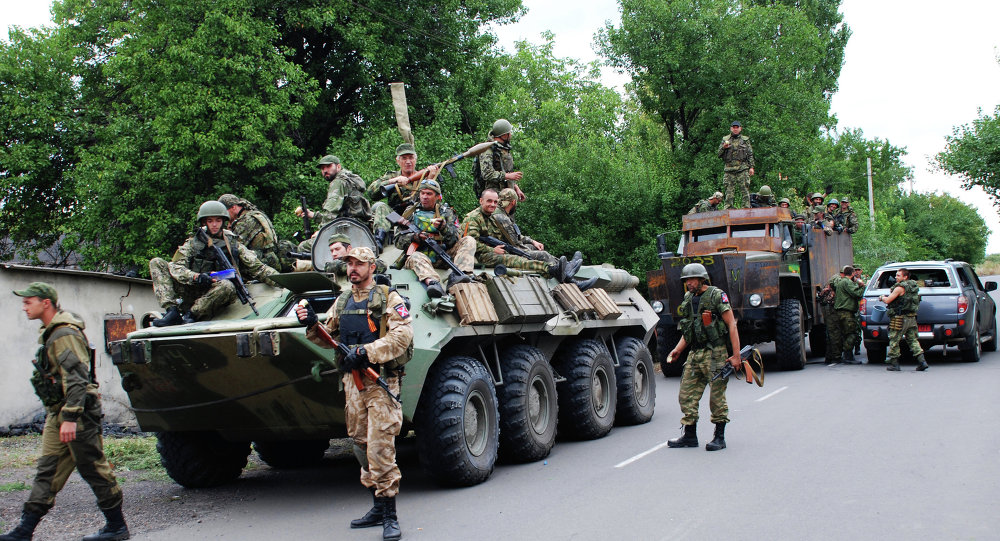 “Early Sunday morning, 223 captives of the Ukrainian Army and National Guard were passed to the Ukrainian side during a ceasefire provided by the militia,” the statement said.

According to the statement, self-defense forces destroyed two tanks and two infantry fighting vehicles of the National Guard during a fighting near Starobeshevo village in the south-east of Donetsk Region. At least 198 Ukrainian service recruits were disarmed. In the course of militia counter offensive, the Ukrainian Army left the villages of Orikhivka and Shovkova Protoka in southeastern Ukraine. Militia forces entrenched in the outskirts of Fabrychne and Petro-Mykolaivka villages.

Over 2,500 people, including the victims of the Malaysia Airlines flight MH17 crash, have been killed and more than 6,000 injured since the start of Kiev’s military operation against the militias in eastern Ukraine in mid-April, according to the United Nations.