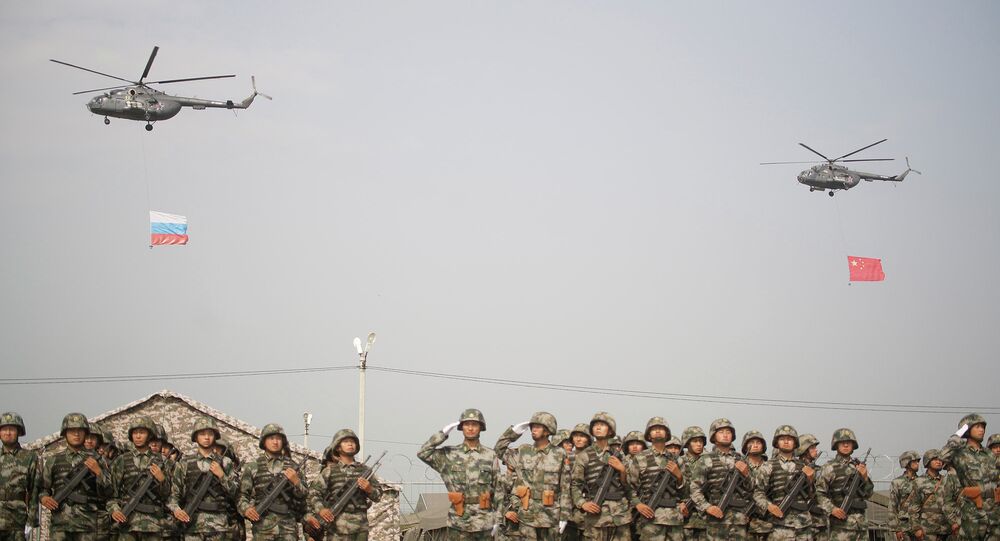 According to the Russian Defense Ministry press service, the drills follow a scenario in which a city becomes a hub of political instability and terrorist activity, and SCO countries intervene to resolve the issues.

During the first stage of the exercise, the united SCO forces used electronic countermeasures against the simulated enemy’s communication systems. After the reconnaissance mission, Russian and Chinese air forces carried out attacks on terrorists. Then, artillery destroyed the command centers of the enemy.

The main stage of the Peace Mission 2014 is held from August 24 to 29 in China’s Inner Mongolia. The drills see some 7,000 participants from SCO countries, with the exception of Uzbekistan. The military exercise is aimed at honing multilateral decision-making and military cooperation among SCO members.

The drills are taking place in China’s Zhurihe training base, one of the most modern training military facilities in Asia, covering an area of about 1,000 square kilometers (386 square miles).