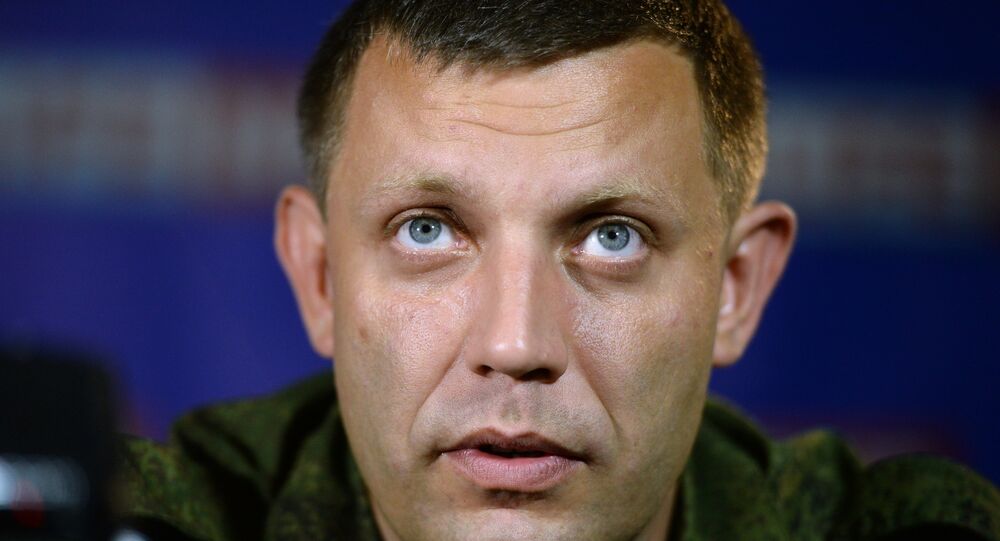 The self-proclaimed Donetsk People’s Republic (DPR) has "a very bad humanitarian situation" and desperately needs the aid that is being delivered by Russia, Donetsk Prime Minister Alexander Zakharchenko said Saturday.

"The aid, which the Russian Federation is sending us and which we still have not been able to receive, is as needed as air... The low-income population of all towns and villages of DPR needs it, the injured, the sick, the military need it," Zakharchenko said at a briefing in Donetsk.

"Nearly our entire infrastructure has been destroyed by the Ukrainian Army, the trade network is nonexistent. The Ukrainian forces destroy water towers, thermal power stations, and infrastructural objects. At this point, it has become critical," he said.

In past few days, the independence supporters of the DPR and the LPR (Luhansk People's Republic) have regained control over the road leading from Russia to Luhansk and Donetsk to allow the Russian humanitarian convoy to pass through uniterrupted, Zakharchenko said.

"The corridor between the Luhansk and Donetsk People's Republics exists now. Krasny Luch has been freed up completely, except for a small part in the outskirts, a small Ukrainian forces unit. Luhansk has been rescued by the LPR forces. Together with the Luhansk forces, we have taken over Sverdlovsk. We took over Musisnsk, we are holding Vahrushevo. So there is a direct road to Luhansk," the prime minister said.

Russia has sent the humanitarian convoy to eastern Ukraine comprised of 280 trucks carrying about 2,000 tons of humanitarian aid that includes 62 tons of baby food, 54 tons of medication, 100 tons of sugar, 400 tons of grain and 12,000 sleeping bags, among other necessities.

On Friday, the Russian Foreign Ministry said Kiev had intensified its military action to prevent the humanitarian aid convoy from moving along the previously agreed route to Luhansk. Russia called on all sides of the conflict to declare an immediate ceasefire and international organizations to support Russia’s efforts.